Welcome to the 59th, a Democratic desolation deep-red district in the Wisconsin Assembly 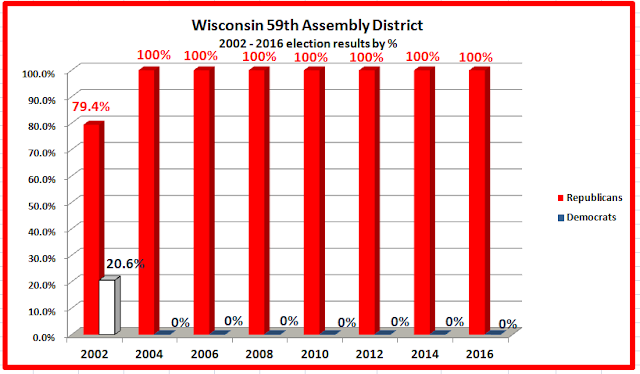 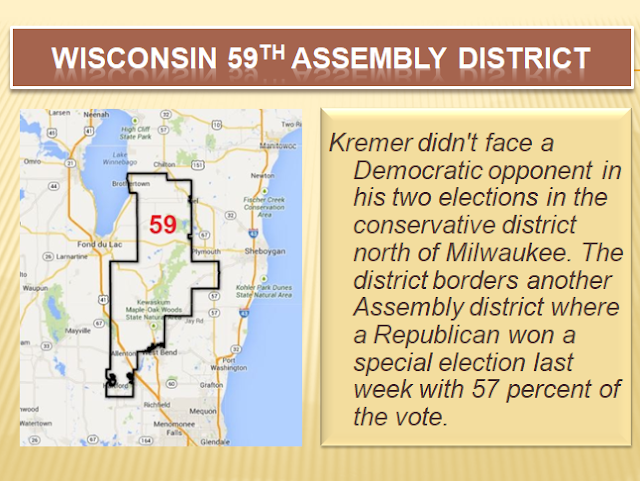 As you can see from the column graph above, a Democrat has not run in this district since before 2002.  Kremer's predecessor Daniel LeMahieu represented the 59th from 2003 to 2015.  He had token opposition in his first race, running against an Independent and a Libertarian, who collectively managed to get just over 20% of the vote.

Just to complete the picture, LeMahieu endorsed Rick Santorum for president in 2012.

Based on these 2014 results, we can expect a competitive GOP primary here.