Apparently, the Trump effect has reached the WI DNR board. 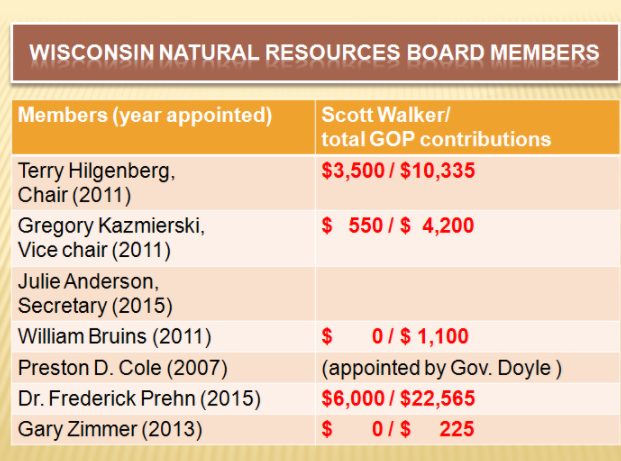 
If the board had granted the DNR request for an overall exemption from those rule provisions, the move could have jeopardized millions of dollars in donations and volunteer labor it receives from the Friends of the Wisconsin State Parks and 80 local friends groups.


All of a sudden, those campaign contributions from DNR board members are chickenfeed compared to the support of volunteer friends groups.

“The company has spent money in the Wisconsin state Capitol as well, reporting expenditures of $412,193 to lobby state government officials since 2009,” according to a recent article by Steven Verburg in the Wisconsin State Journal. 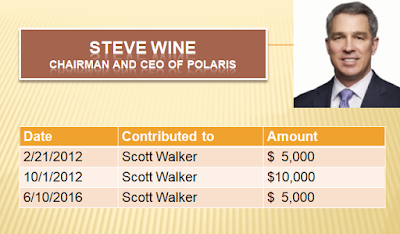 A volunteer group that has raised millions of dollars for state parks said future donations may be jeopardized if the state Natural Resources Board allows parks to ignore a state administrative rule requiring the noise and disruption of off-road vehicles to be kept away from park areas where people are seeking a quiet and peaceful experience.