No empathy here: That gasket-blowin' Bob Gannon offers no time to heal 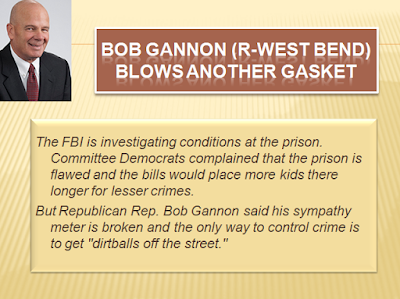 Similar narratives were unfolding across Milwaukee’s blue-collar neighborhoods. As jobs disappeared, so did many of the dreams that came with them. And just as during the Great Depression, people and their families began to break.

A half century later, a Journal Sentinel analysis of previously unmined data reveals that many have never healed.

Instead, poverty, joblessness and the social ills that accompany them deepened progressively within Milwaukee’s urban center, rippled across its 200-plus census tracts, and moved into its suburbs like a slow-motion shock wave. Few other American cities fell as far, as fast and as forcefully. 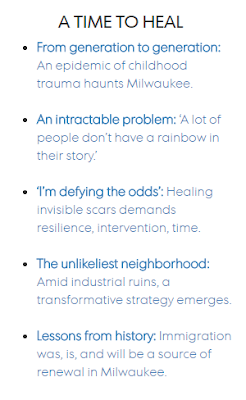 Pittman-McGee has seen firsthand what an emerging network of public health and neuroscience researchers, community-minded foundations and law enforcement officials now believe: The primary challenge facing Milwaukee and similar high-poverty cities is not one of the usual suspects — education, crime, even the availability of jobs — although all those play a role.

Instead, it is an epidemic of trauma passed from one generation to another, one neighborhood to the next.

The perpetuation of trauma has been documented in the families of those who survived the Holocaust, Hiroshima, the Vietnam War and Cambodian genocide. That data has now turned up the same phenomena in families entrenched in poverty, violence and neglect.