A formula for disaster 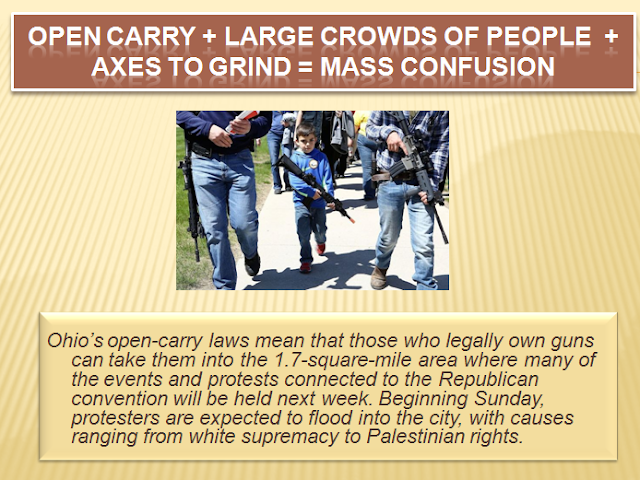 As reported in Dallas Shooting and Open-Carry Laws Loom Over Cleveland Convention Plans, by Yamiche Alcindor.  (The New York Times, 7/11/2016)


That was then, this is now.  Mr. [Brian] Kazy [Cleveland City Council and Safety Committee member] said he had never been concerned about Ohio’s open-carry laws. But then Micah Johnson, an African-American sniper said to be determined to murder white police officers, went on a rampage in Texas, which also has open-carry laws.