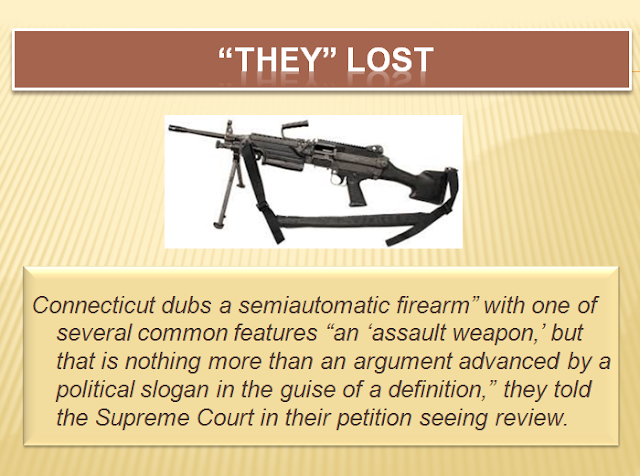 As reported in Supreme Court Turns Away Challenge to Connecticut Ban on Semiautomatic Weapons.  (The New York Times, 6/20/2016)


Nicole Hockley, who lost her child in the 2012 Sandy Hook shooting, explained the gun's appeal another way: The man who killed her son, she said earlier this year, "chose the AR-15 because he was aware of how many shots it could get out, how lethal it was, the way it was designed, that it would serve his objective of killing as many people as possible in the shortest time possible."