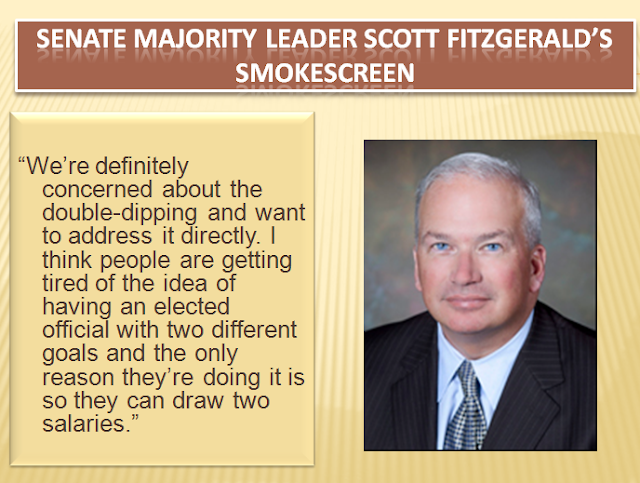 As quoted in Scott Fitzgerald wants to bar county executives from Legislature.  (Madison.com, 2/2/2016)

The bill requires that Mark Harris, Democratic candidate for the 18th Senate district*, resign as Winnebago County Executive if elected to the state office.

This holding of 2 elected offices was not an issue when Bob Ziegelbauer simultaneously served in the State Assembly and as Manitowoc County Executive from April 2006 through the end of 2012.

(*Rick Gudex, a Republican from Fond du Lac, has since announced that he is not running for re-election.)
Posted by Retiring Guy at 7:55 AM

There was a discussion this morning that the law would be a good idea because of the numerous conflicts of interest between the two jobs.

But, the current proposal is just a dirty political trick. The Senator would not support this change if the leading candidate were a Republican.