CAVEAT.    Not being an arborist, I'm just assuming that this is the stump of an ash tree.   The City of Middleton has already cut down dozens of diseased ones so far this year.  The darker area of the stump is very crumbly. 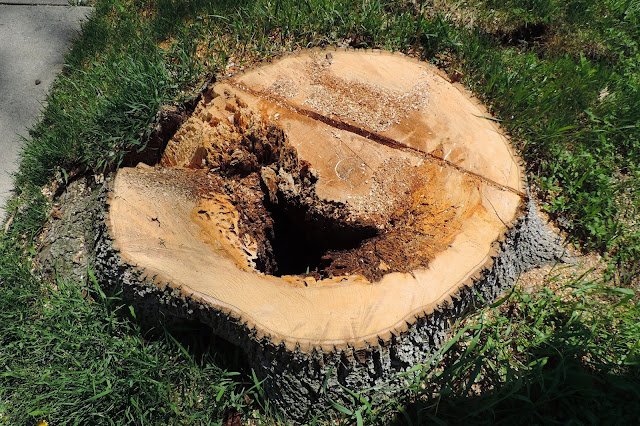 The stump pictured here is located at the southeast corner of Elmwood Avenue and Bristol Street in Middleton, 1 block south of University Avenue.  Where the red arrow is pointing, it doesn't look as though there's room enough for other trees. 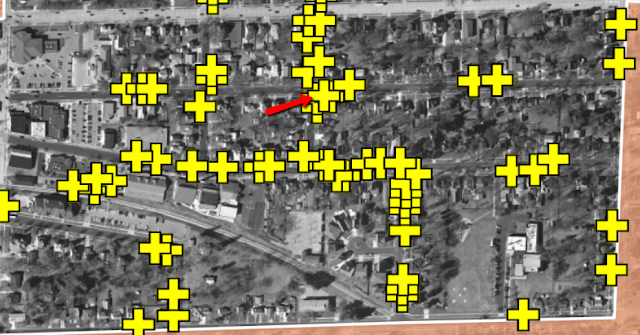 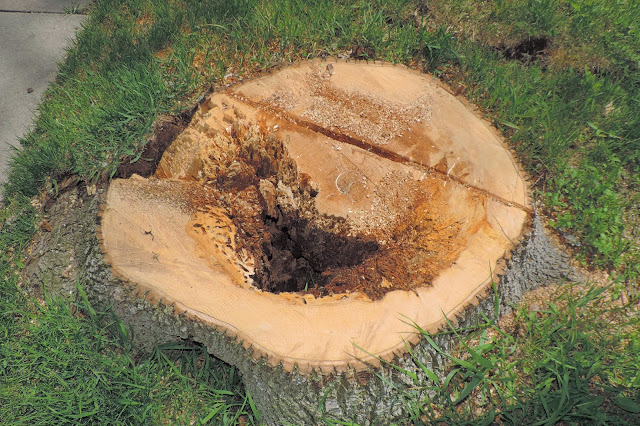