There is at least one Butt in the Tennessee State Legislature 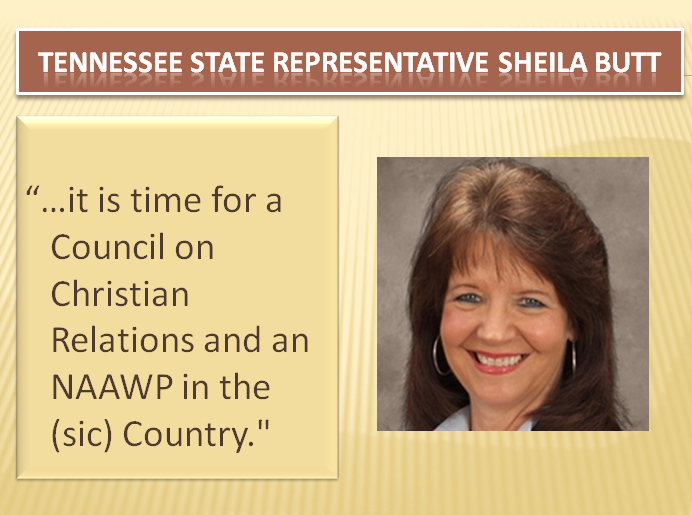 The Nashville Tennessean editorial board calls her out for 'thoughtlessness and insensitivity'.


Butt denied last week that she's a racist and said that in using the acronym "NAAWP," she meant a fictional National Association for the Advancement of Western People, as opposed to the National Association for the Advancement of White People. Basic research on the Internet shows the latter has been commonly appropriated by white supremacy groups for more than half a century.

She may not be a racist, but she showed sheer thoughtlessness and insensitivity. The most her colleagues have done is to claim that her comment doesn't reflect the view of the Republican caucus