The Steady Decline of Married Households in the U.S. Since 1960 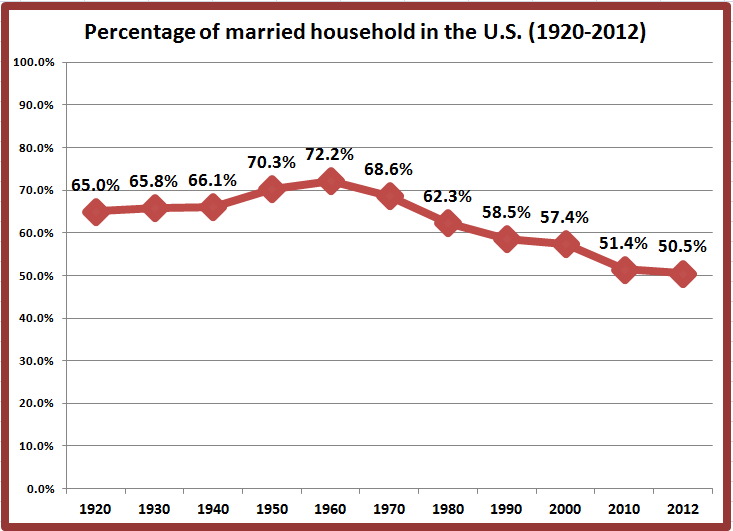 
Among the less well educated, the number of married households has fallen even more. A 2011 study by Pew found that although 64 percent of college-educated Americans were married, fewer than 48 percent of those with some college or less were married. In 1960, the report found, the two groups were about equally likely to be married.


The percentages will continue to decline. 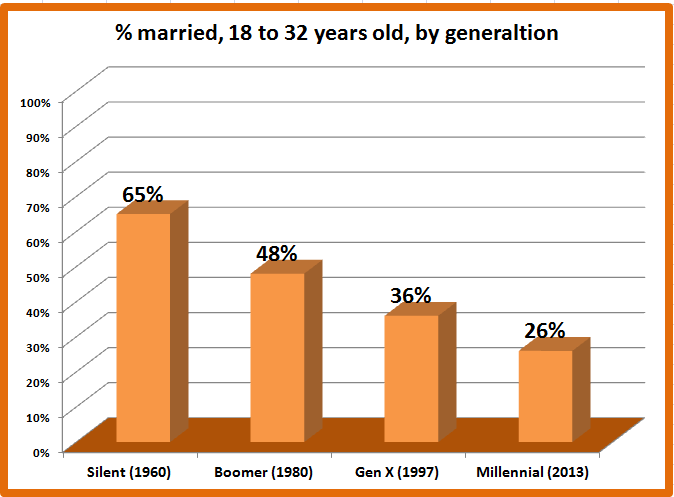