Two Bellwether Counties on My Election Watch This Evening

Mary Burke needs to win Door County in order for me to maintain an acceptable overall level of confidence throughout the rest of the evening.  I need to see an indication that a majority of voters there believe that Wisconsin is not moving forward.   (In the 2012 recall election, Door County was one of the first counties to report its final results.)

Tom Barrett came within 213 votes of winning the county in 2010. 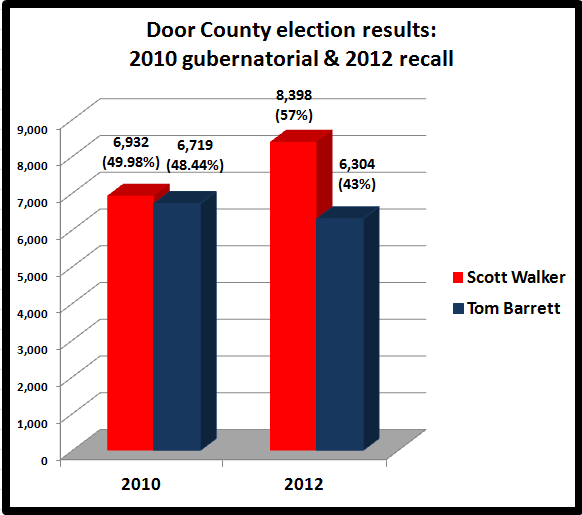 The same goes for Trempealeau County, where Barrett beat Walker by a razor-slim margin of 30 votes in 2010 but Walker won big in 2012.  Will frac sand mining be a factor here?  If so, will it be enough to put some significant space between Mary Burke's and Scott Walker vote totals?   That's what I need to see here. 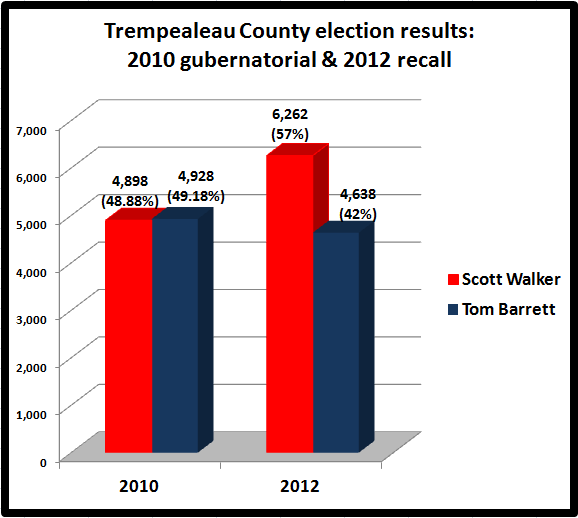