The Doctor is Out (or, Ironically, He Has Simply Returned to the 20th Century) 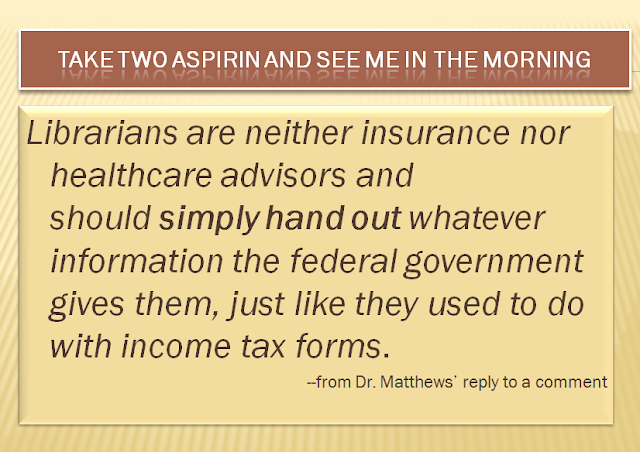 No argument with the first part of Matthews' statement, but providing e-government reference services requires much more than a librarian simply providing handouts.

And using an e-government approach to get the word out about Obamacare is simply part of a larger strategy. 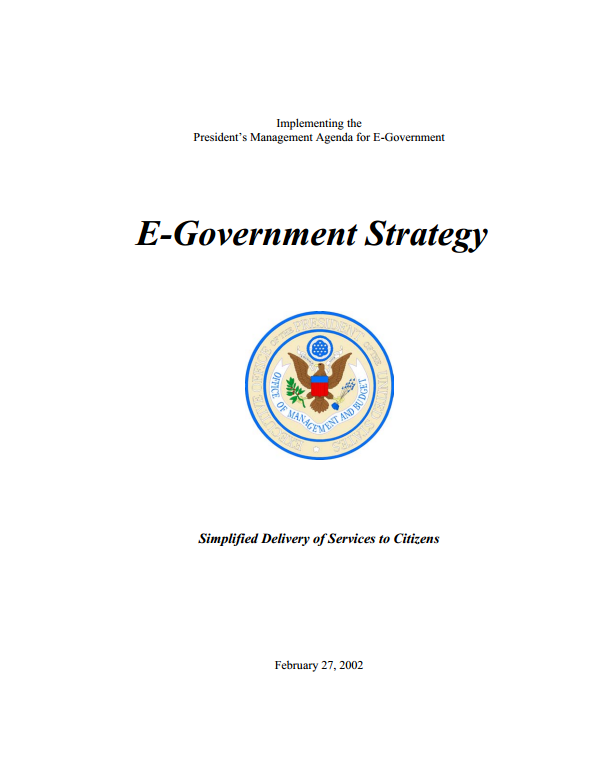 From IT Law Wiki:      The law was enacted with the general purpose of promoting better use of the Internet and information technology (IT) to improve government services for citizens, internal government operations, and opportunities for citizen participation in government.

I guess some people are simply doing their jobs.

Related post:
Dear Brad Hopp, Helping people find information is not an extra-curricular activity at any library.  (8/7/2013)
Posted by Retiring Guy at 6:50 AM