Bedbugs Hitch a Ride on Library Books.  (At least that's the title in this morning's New York Times email "My Alert".)

Giving up on the library.   But others have stopped borrowing books altogether. Each month, Angelica McAdoo, a jewelry designer, and her children used to bring home a stack of books from the Los Angeles Central Library — until Mrs. McAdoo heard that the library had had a bedbug scare in September. She had already battled bedbugs in her two-bedroom apartment in East Hollywood and hired an exterminator, who sprayed the perimeter of her bookshelves with pesticide, among other precautions.

For now, she is buying books at Target and is ambivalent about borrowing library books again. “I will not step foot in a library ever again — right now,” she said 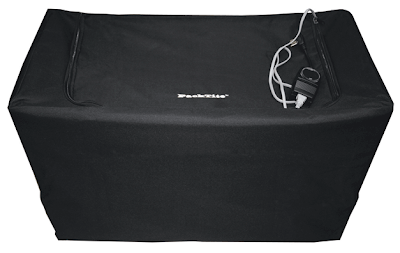 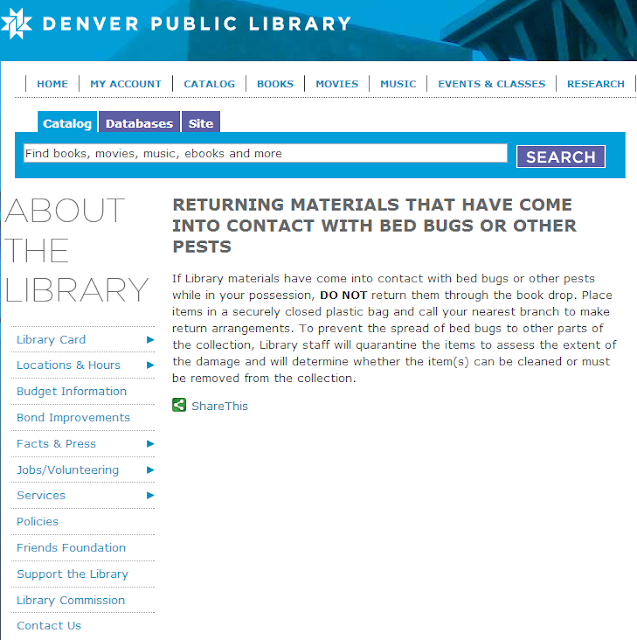 And if you google bedbugs libraries (no quotation marks needed) you'll find lots more aritcles
Posted by Retiring Guy at 7:42 AM