A Computerized Monopoly: Is Nothing Sacred? 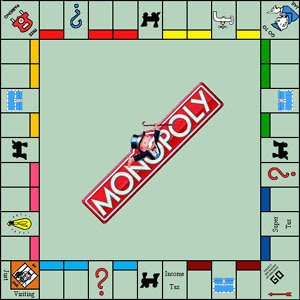 Excerpt:   Hasbro showed a preview of the new version, called Monopoly Live, at this week’s Toy Fair in New York. It is the classic Monopoly board on the outside, with the familiar railroads like the B.& O. and the development of property. But in the center, instead of dice and Chance and Community Chest cards, an infrared tower with a speaker issues instructions, keeps track of money and makes sure players adhere to the rules. The all-knowing tower* even watches over advancing the proper number of spaces.

*Let's dub it Big Brother.  Those Monopoly marathons of yesteryear would have been a lot less enjoyable with his looming presence.
Posted by Retiring Guy at 9:41 AM