'Operation Dark Heart': On order, but will it find its way to the shelves? 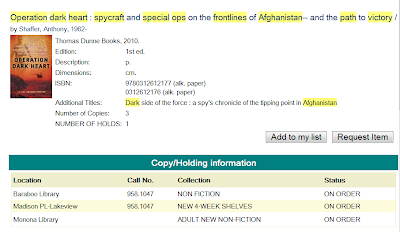 Excerpt: Release of the book “could reasonably be expected to cause serious damage to national security,” Lt. Gen. Ronald L. Burgess Jr., the D.I.A. director, wrote in an Aug. 6 memorandum. He said reviewers at the Central Intelligence Agency, National Security Agency and United States Special Operations Command had all found classified information in the manuscript.

The disputed material includes the names of American intelligence officers who served with Colonel Shaffer and his accounts of clandestine operations, including N.S.A. eavesdropping operations, according to two people briefed on the Pentagon’s objections. They asked not to be named because the negotiations are supposed to be confidential.

By the time the D.I.A. objected, however, several dozen copies of the unexpurgated 299-page book had already been sent out to potential reviewers, and some copies found their way to online booksellers. The New York Times was able to buy a copy online late last week. 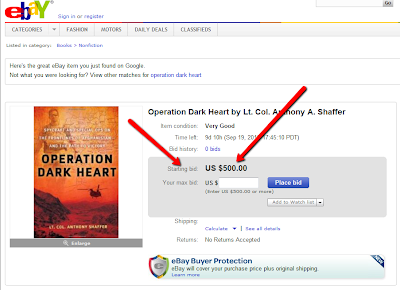