Excerpt:  We know how many iPads were sold because Apple is straightforward about reporting the unit sales of all of its products. Amazon is a different story. We don’t know the size of Amazon’s Kindle business because the company is averse to disclosing details of its operations. When it reports its financial results, the company that sells just about anything that can be put in a box or sent electronically divides its businesses into just three categories: “media,” which lumps books, music and videos into one indistinguishable agglomeration; “electronics and other general merchandise,” an even larger, indistinguishable agglomeration; and “other.”

“The key numbers are a black box,” says Colin W. Gillis, director of research at BGC Financial. “Apple told us when they sold one million iPads,” he said, “and Apple breaks out every quarter how many are sold for all of their products.” Why, he asks beseechingly, doesn’t Amazon do the same for the Kindle? “Come on, if you’re proud of it, just tell us how many you sold!”

Is the purpose-built ebook reader, i.e., the Kindle, likely to go the same route as dedicated word processors? 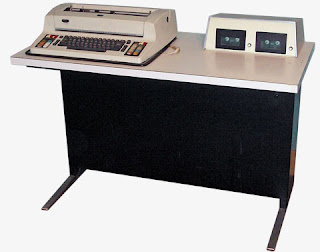