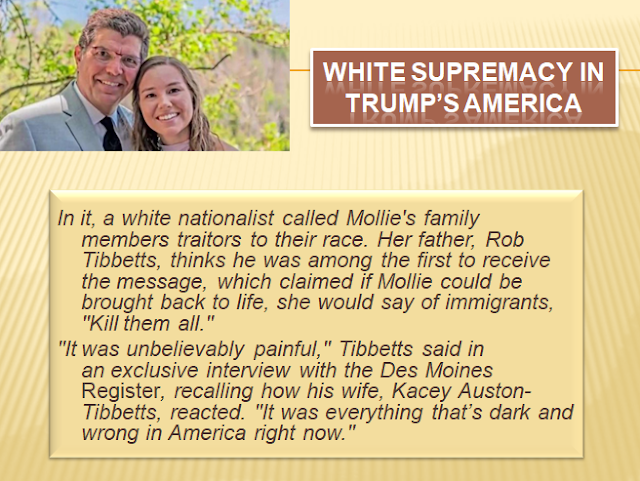 
"He singled me out," said Tibbetts, who has a Latina stepdaughter and two Latino grandchildren he said Mollie adored. "It was twisted and grotesque."


But if a resident of Charlottesville, Va., gets his way, one Bonner County resident accused of funding and sending such calls — as well as illegally distributing racist media on vehicles at Sandpoint High School, harassing elected officials in three states and sending hate mail to a local business owner — will face the music for his actions.

Accordion music. Played by clowns. Lots of them, playing for as many days in a row as possible. Right outside the man’s home on West Pine Street 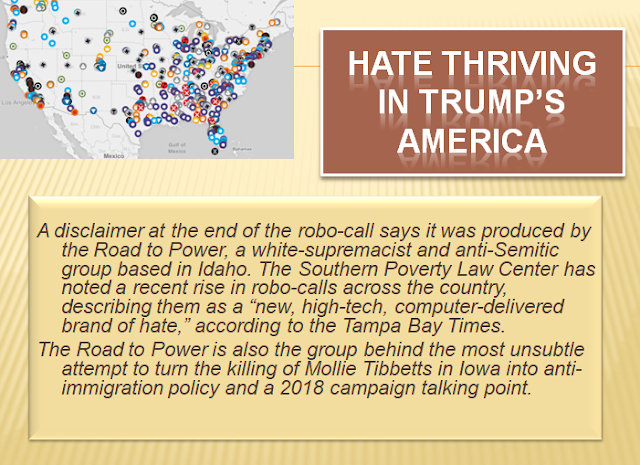 Reported in ‘We Negroes’ robocall is an attempt to ‘weaponize race’ in Florida campaign, Gillum warns.  (Washington Post, 9/1/2018)