The Minimum Wage and the Poverty Guideline 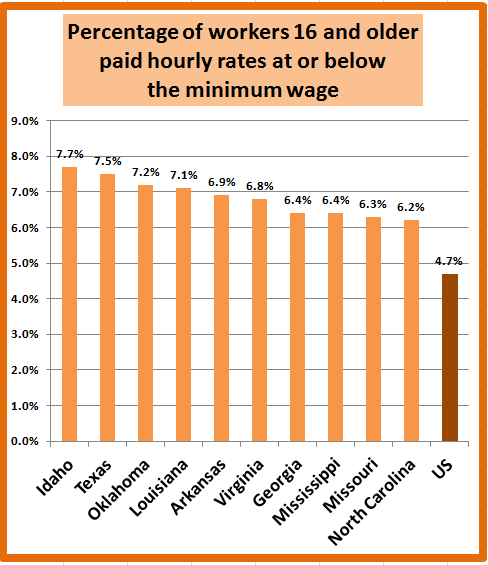 The grass is greener.....    In a border city like Coeur d’Alene, which is an easy 30 minute drive from Spokane, Washington, the impact of a higher hourly minimum has the potential to be felt more. Idaho Department of Labor regional economist Alivia Metts says the Coeur d’Alene-Spokane wage gap continues to increase. “The hourly median wage [in Kootenai County] is nearly 20 percent less than Spokane [County] for all occupations,” says Metts.

Metts says the nearly $2-an-hour higher minimum wage in Washington could push more Idahoans to look for work over the border, or even move out of state. Washington workers don’t pay income tax, she points out, and there isn’t a sales tax on food as there is in Idaho.

Not to be outdone, Texas trumpets its numbers.

Annual earnings that puts someone $3,590 above the federal poverty guideline for a single household. 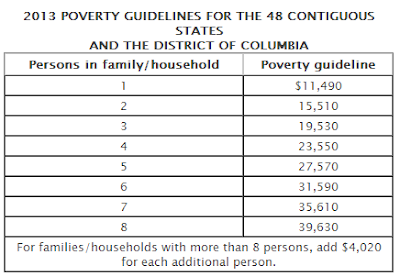 Stretching minimum wage earning to the breaking point. Sioux Falls has a low vacancy rate for rentals. At the beginning of the year, 4.2 percent were vacant, and that number hasn’t budged in spite of many new apartment projects.

Rent typically should not cost more than 30 percent of a person’s monthly paycheck. The average two-bedroom apartment in Sioux Falls costs $760 per month. To keep with the standard, a person would have to make at least $14.61 per hour.   [More than twice the federal and South Dakota minimum wage of $7.25 per hour.]

[Shireen] Ranschau [executive director of the Sioux Falls Housing and Redevelopment Commission and Affordable Housing Solutions] listed the jobs held by those on their waiting list, and they were all below that pay scale. There were food service workers making $7 per hour, manufacturers making $8.25, construction workers earning $9.