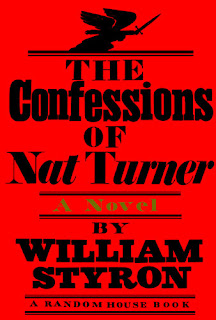 Excerpt: William Styron may have been one of the leading literary lions of recent decades, but his books are not selling much these days. Now his family has a plan to lure digital-age readers with e-book versions of titles like “Sophie’s Choice,” “The Confessions of Nat Turner” and Mr. Styron’s memoir of depression, “Darkness Visible.”

But the question of exactly who owns the electronic rights to such older titles is in dispute, making it a rising source of conflict in one of the publishing industry’s last remaining areas of growth.

Mr. Styron’s family believes it retains the rights, since the books were first published before e-books existed. Random House, Mr. Styron’s longtime publisher, says it owns those rights, and it is determined to secure its place — and continuing profits — in the Kindle era.

The article notes that "[Styron's] books are not selling much these days".

Nor are they checked out of libraries all that much, at least according to a sampling I just did. Of the 27 copies of The Confessions of Nat Turner in LINKcat, only 1 is currently checked out.
Posted by Retiring Guy at 2:55 PM