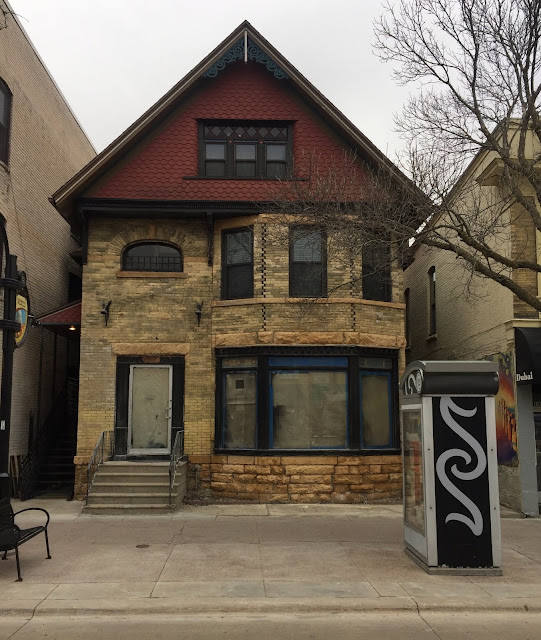 
The work was done without the city’s permission, according to the city’s Building Inspection Division, and likely wouldn’t be allowed under city ordinance anyway. The building at 417 State St. is not a local landmark or covered by other historic protections, but it is in a design district that requires building owners to get approval from the city’s Urban Design Commission before making changes, city officials said.\

It’s also one of the last remaining houses on State Street, according to city property records.

Not sure why this took more than six months to register on Retiring Guy's radar. 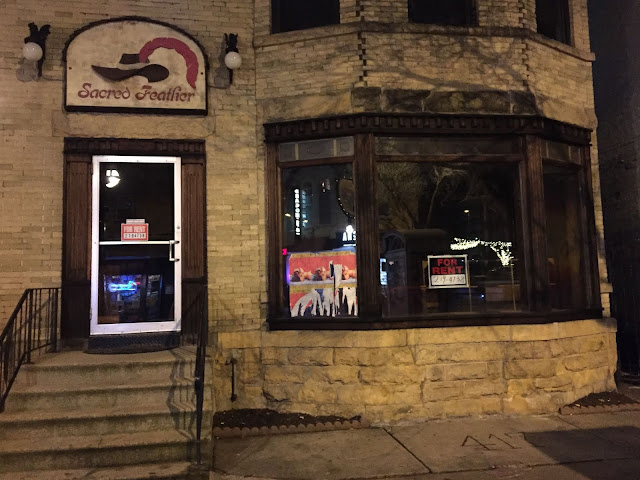 
A hat shop is not in Amiri’s plans, which will bring to an end a 48-year-old business that over the years has become one of the most recognizable stores on one of the state’s most walkable streets.

Amiri is the only employee of Sacred Feather, 417 State St., a decision that helped make the business more profitable and likely helped it remain part of the State Street retail landscape longer than most. But that commitment has meant 70-hour workweeks for Amiri and little time for much else outside of the business, which is open seven days a week.