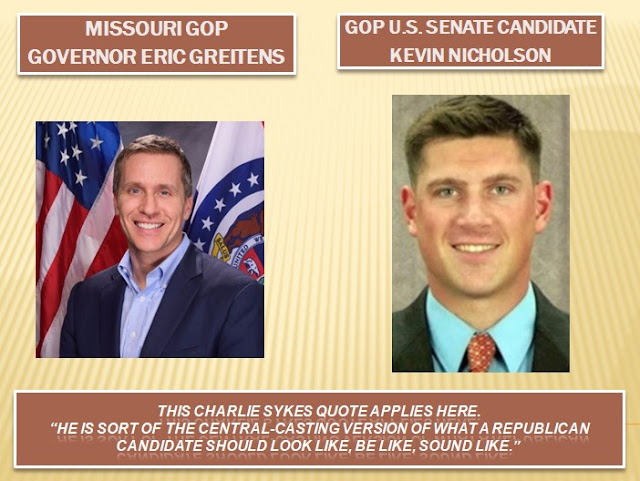 
The Greitens scandal broke months ago.  Americas PAC leader Tom Donelson said Monday he sent a replacement ad before the original was supposed to air last week, but some stations broadcast the one favorably comparing Nicholson and the embattled Greitens. The original ad was made months ago and should not have been sent to the stations, Donelson said. 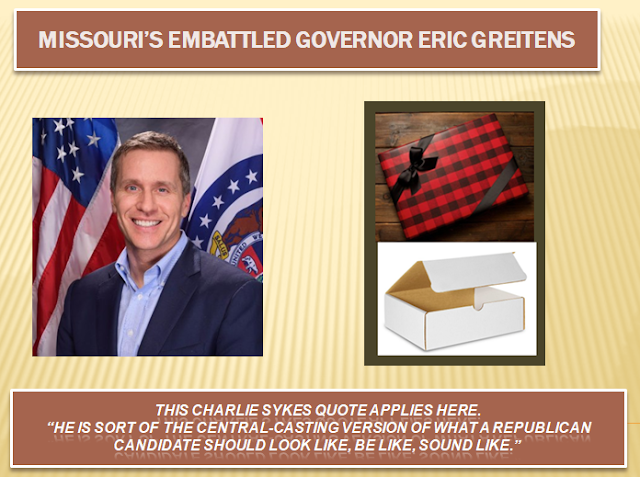 
The adulterous governor remains defiant and unrepentant.  “Fortunately for [Attorney General] Josh [Hawley], he’s better at press conferences than the law,” the governor said in a statement. “Anyone who has set foot in a Missouri courtroom knows these allegations are ridiculous.” 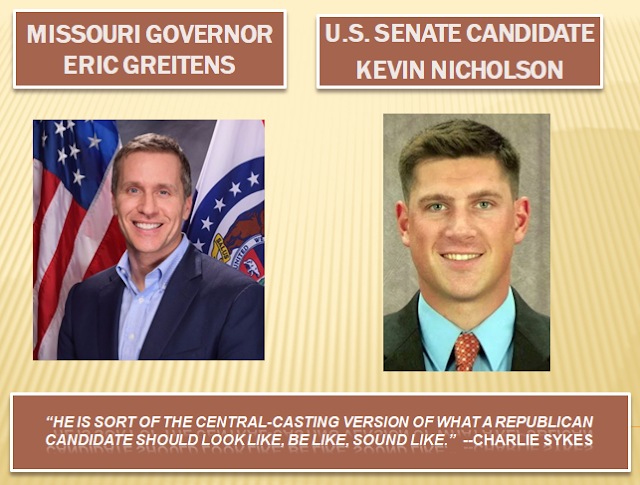 
Missouri Gov. Eric Greitens, who was swept into office in 2016 with a vow to clean up a corrupt state government, was indicted and booked Thursday on a felony invasion of privacy charge for allegedly taking and transmitting a non-consensual photo of his partly nude lover shortly before that campaign started.

It stems from a scandal that broke last month, in which Greitens was accused of threatening his lover with the photo — an allegation that isn't mentioned in the indictment. Greitens has admitted having an extramarital affair, but has denied the rest.

Related posts:
Another central-casting GOP candidate finds that good looks do not insure a smooth path to election.  (4/14/2018)
Dear Kevin Nicholson, Running for U.S. Senate as a Trump fanboy is not a savvy strategy in the collar counties.  (4/11/2018)
Another clueless central-casting politician who stumbles.  (3/1/2018)