UPDATE. Dear Paul Ryan, According to the CBO, your affordable access will leave 24 million Americans without health insurance 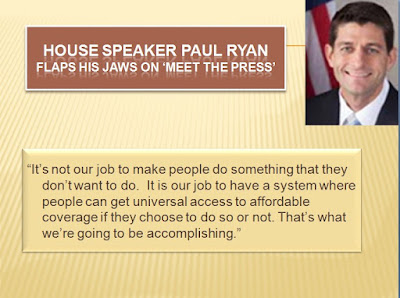 Paul Ryan, a Zachary Scott for the 21st century.


3/4/2017 update, "The company he keeps:  Underneath that boyish exterior, Paul Ryan is a most inconsiderate and uncaring person", starts here.

Unless, of course, you are a member of the most privileged class, to whom he is wholly accommodating. 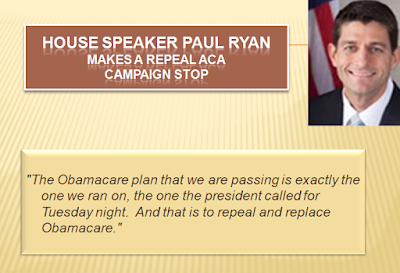 And if you don't agree with him, you're mentally deranged.

Ryan touched on protests some in Congress are receiving when they meet their constituents back home. "Now that we're doing something that's real, that's going to go into law, the left is coming unhinged" and coming at GOP members, Ryan said.