Pastor Kevin Swanson absolutely has no sense of irony 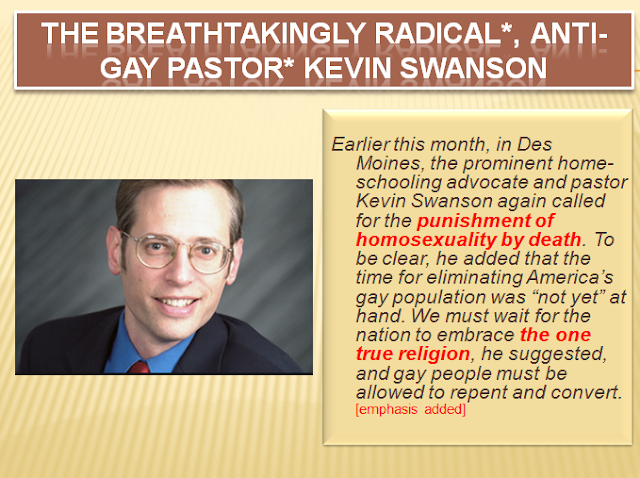 As described* and reported by Katherine Stewart in Ted Cruz and the Anti-Gay Pastor.  (The New York Times, 11/15/2015)