Apparently, it's a pivot-and-leave habit he perfected on the campaign trail. 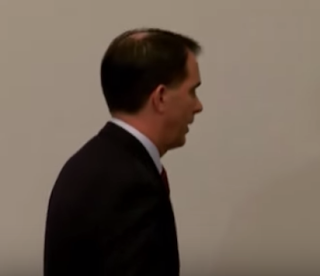 
"We think there are ways that we can squeeze out some savings and find some ways to work with you on that but I would be hopeful that at some point in the future at least some portion of that could be freed up," the GOP governor told Republican senators.

Walker did not take questions from reporters afterward. It's unclear how much the additional borrowing would mitigate the delays.