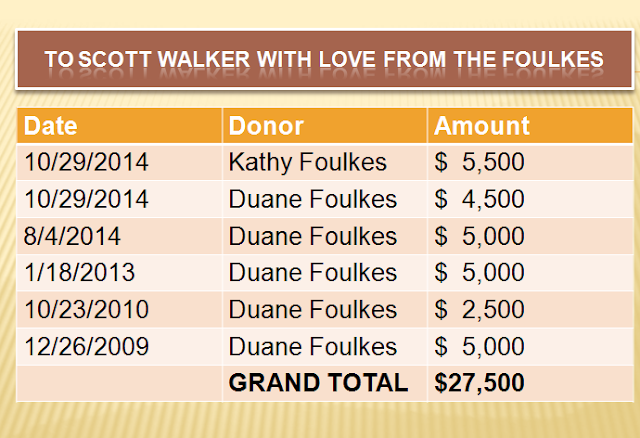 Webster says Walker will be “out and about” in his role as governor in the coming weeks.


The Foulkes -- in Duane's name, mostly -- have contributed just north of $64,000 to Republican candidates for office, with 15 of their 53 checks going to Scott Fitzgerald, current State Senate Majority Leader.