Remember when Scott Walker thought Marco Rubio would be his ideal running mate? 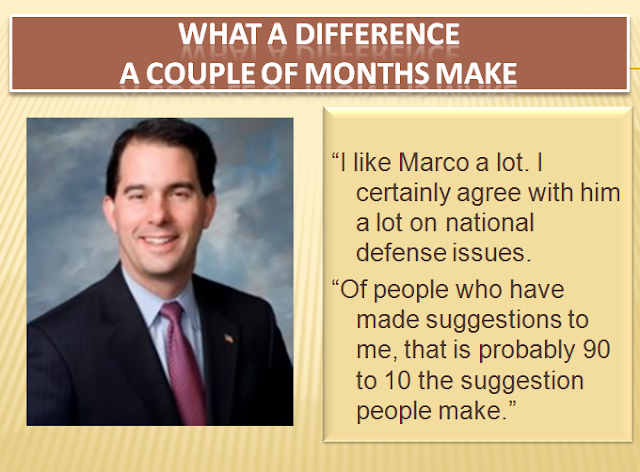 
Scott Walker doesn’t think a Walker-Rubio ticket would be so bad.

If you watched Walker's press conference today from start to finish, you can clearly understand why his Presidential campaign was ultimately such a record-setting dud. 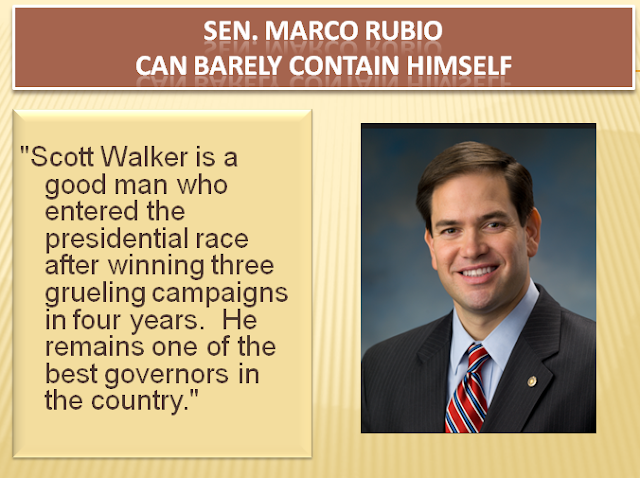 As quoted in Campaign woes force Scott Walker to drop out of race.  (Milwaukee Journal Sentinel, 9/21/2015)