Scott Walker, an A+ student, earns an other gold star from the National Rifle Association 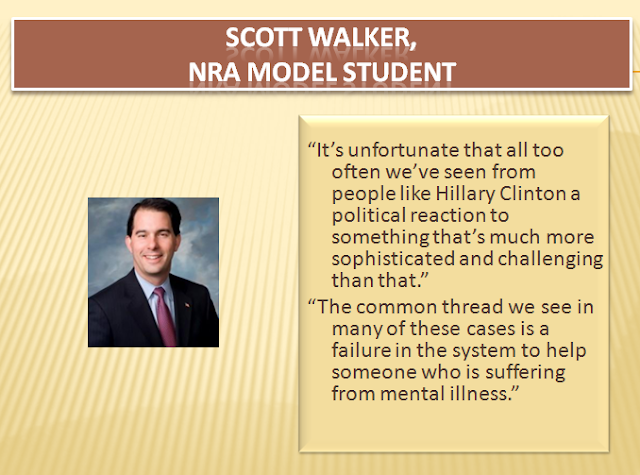 
Walker, has an A+ rating from the National Rifle Association.


Related reading: Guns and the mentally ill. Why the NRA keeps talking about mental illness, rather than guns.  (The Economist, 3/13/2013)


On balance, the talk of a gun lobby smokescreen is fair. Examine the NRA's arguments more closely, and Mr LaPierre demolishes his own suggestions even as he makes them. In a ferocious speech to supporters in Salt Lake City on February 23rd, he predicted that criminal records and the mentally incompetent would "never" be part of a background check system, which was really aimed at "one thing—registering your guns".