In the first installment of this series, I took a look at the following Wisconsin Public Library Annual Report categories:

Now for a look at audiovisual materials, as tabulated in the Wisconsin Public Library Service Data.

Audio and, especially, video collections have grown considerably during the past quarter century (1990-2014).
As a point of comparison, the number of book and serial volumes in print increased by 22% during the same period. 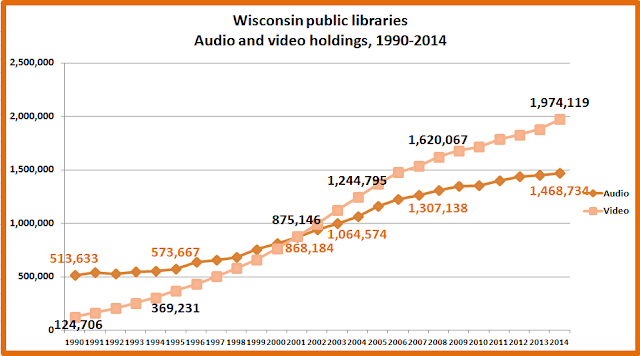 
The number of audio titles added by Wisconsin public libraries per year peaked in 2007.  Since then, the number has declined by nearly 14%, although it remains a little more than 1% over the number for 2006, the year when this statistic first became available in the Wisconsin Public Library Service Data report. 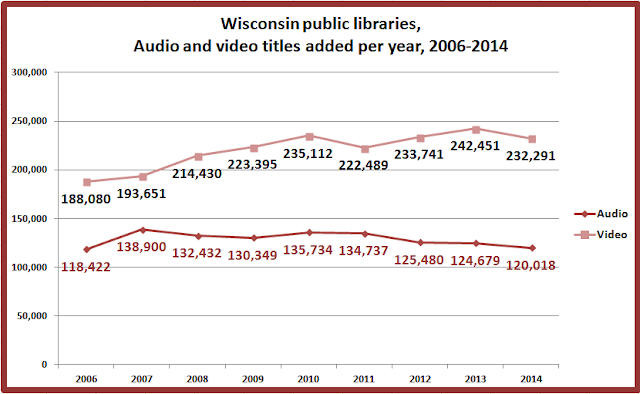 The total amount expended by Wisconsin public libraries for audiovisual materials peaked in 2010.  Since then, the annual expenditure has decreased 5%, although  it remains 26% higher than the 2006 dollar amount. 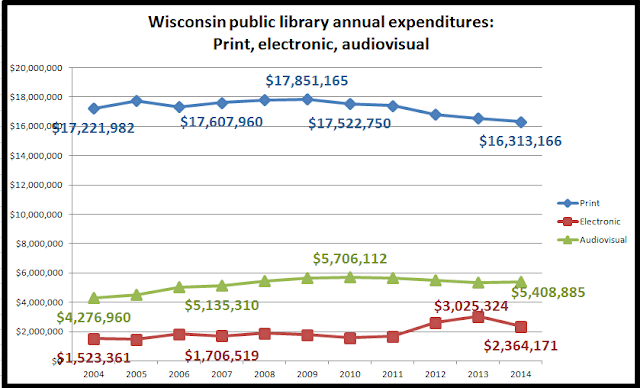 The most notable decline in library collection development has been in the category of print periodical subscriptions. 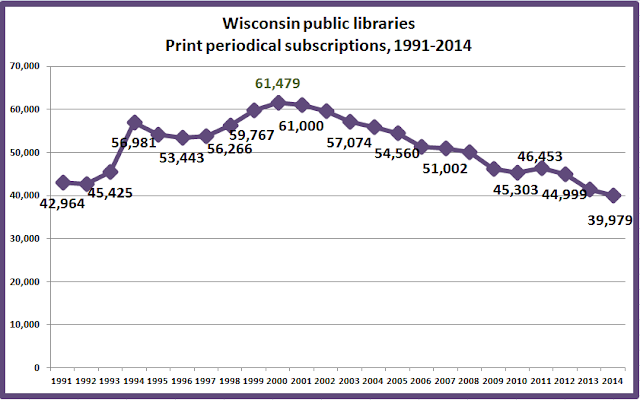