And Many of Us Feel That Scott Walker Serves No Purpose

He certainly doesn't serve the State of Wisconsin. 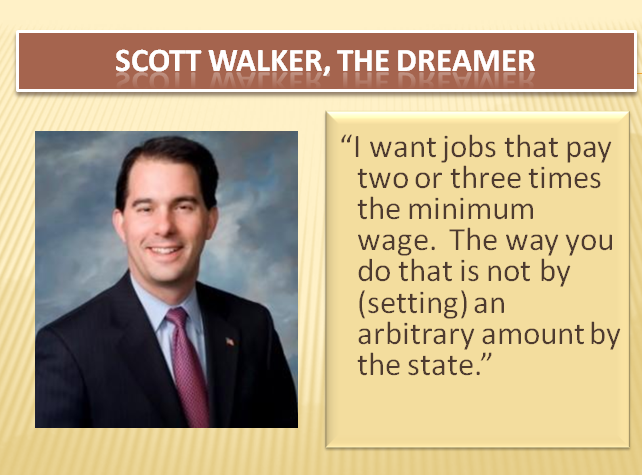 The reality is that a big portion of job growth is taking place in the leisure and hospitality industry.


Total nonfarm employment has fully recovered from the most recent employment downturn. Despite making up only 8 percent of total nonfarm employment, the food services and drinking places industry has accounted for almost 1 out of every 6 nonfarm jobs added during the recovery. With restaurants leading the job gains within food services and drinking places, this industry is feeding more than its share of job growth during a recovery hungry for jobs.


Where the pay is low and the benefits are minimal.

Among the best performers in the September 2014 Bureau of Labor Statistics monthly report:

Manufacturing jobs showed an increase of 4,000.