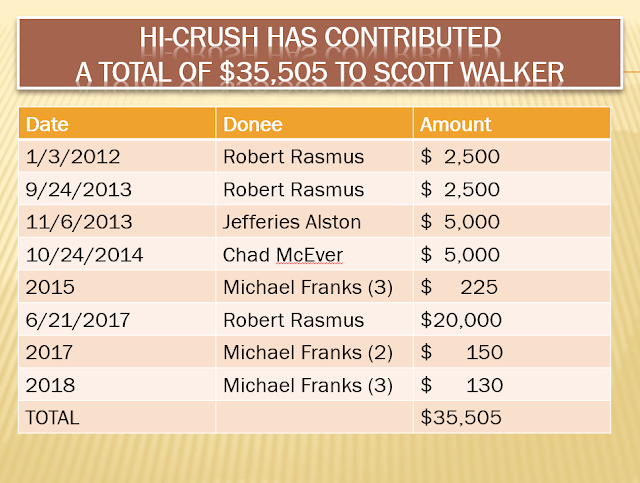 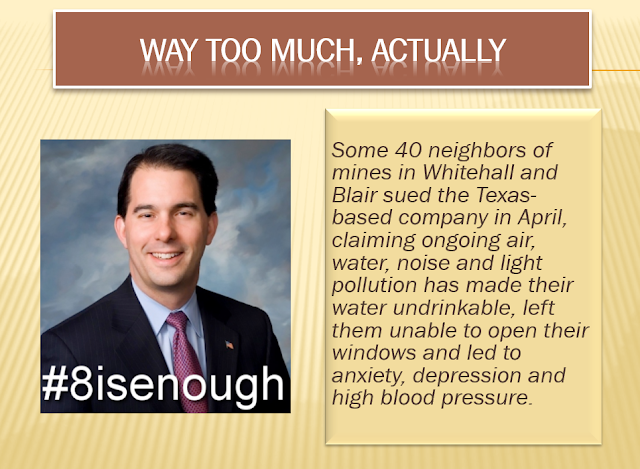 Another piece of Walker's shameful legacy as Governor.


8/3/2014 update, "Office of the Governor:  Scott Walker Continues his "Thank You for Your Contributions" , starts here.

See hush money contributions below.   But unlike three other cases where sand mining companies paid fines for violating state regulations, the Justice Department didn't issue a news release detailing the agreement with Hi-Crush Proppants LLC, which agreed to pay $52,500 in forfeitures on June 5, according to records filed in Eau Claire County Circuit Court. 'It certainly raises my eyebrows and it certainly seems like there's politics behind it,' said Anne Sayers, program director of the Wisconsin League of Conservation Voters 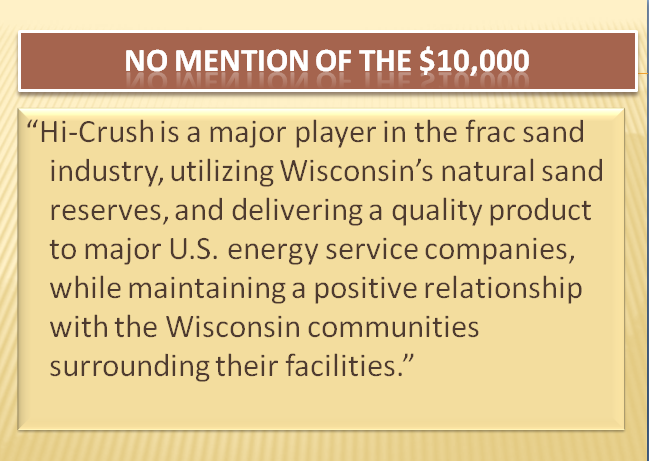 And how has Hi-Crush found a way to "maintaining a positive relationships with Wisconsin communities surrounding their facilities"?

Disrespecting a county moratorium.  Despite a one-year ban on new frac sand operations in Trempealeau County, a Texas-based company is looking to build one by using a loophole. Hi-Crush Proppants has been working for more than a year to get approval to build an $80 million, 700-acre mine and processing center in the Town of Lincoln. At the end of August, the Trempealeau County Board passed a moratorium that blocks any new sand facility from being approved for one year. Hi-Crush seems to have found a way around that: General counsel Mark Skolas says the company has petitioned to have their property annexed by the neighboring cities of Whitehall and Independence. (Company Looks To Build Frac Sand Mine In Trempealeau County Despite Moratorium, Wisconsin Public Radio, 9/12/2013)