Suddenly, It's Not a Turn-Down Day for Federal Funds in Walker's Wisconsin

But now the Governor is taking the first steps to request federal aid from FEMA. 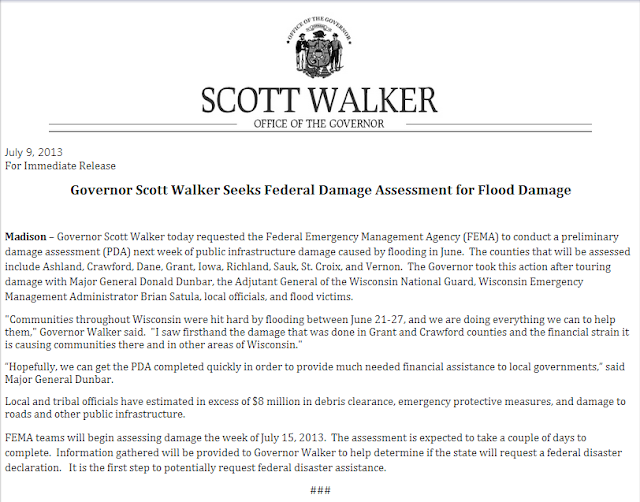 Is this an effort to appear more reasonable, more moderate to the residents of these counties who voted for Obama in 2012?  Here are the Obama/Romney percentages in the counties affected by the June storms. 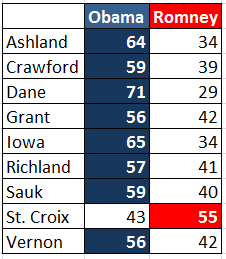 Keep in mind that this isn't an actual request for federal aid.  As the news release explains.....

The assessment is expected to take a couple of days to complete. Information gathered will be provided to Governor Walker to help determine if the state will request a federal disaster declaration. It is the first step to potentially request federal disaster assistance.

But still, cynically, I gotta wonder....

Particularly in light of the lowkey manner in which he signed the so-called "ultrasound" bill, which his base is jubilantly celebrating.

Excerpt:  Walker did not sign the bill in public, instead issuing a press release early in the afternoon including the bill in a list of 17 other measures he signed earlier the day.

“This bill improves a woman’s ability to make an informed choice that will protect her physical and mental health now and in the future,” the blurb noting the signing said.