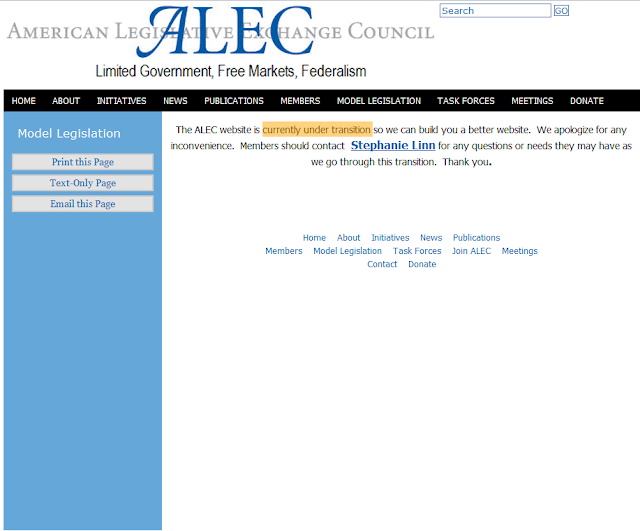 Wanted to see what "model legislation" ALEC has developed on this issue.  [From a 10/3/2011 Citizen Action of Wisconsin news release.]   As it did in January, Governor Walker's new list of special sessions bills includes several measures masquerading as job creation measures which damage the civil rights of consumers who are injured by corporate malfeasance.  Shockingly, one bill in the current session dangerously grants drug companies and medical device manufacturers immunity from injuries and deaths caused by their products.

One of a number of groups that have been shining a bright light on ALEC. 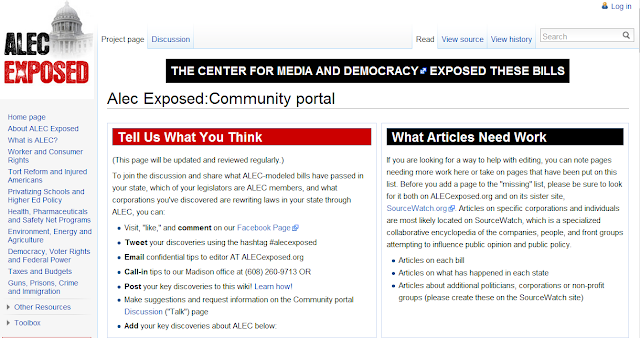