'From Here to Eternity" Uncensored 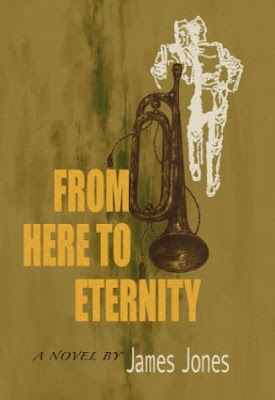 Excerpt:  The novel follows a group of soldiers at an Army post in Hawaii a few months before the attack on Pearl Harbor. Mr. Jones, who died in 1977, drew from his own Army experiences on Oahu for the novel, which won the National Book Award and is frequently cited as one of the best American novels of the 20th century.

[And how many LINKcat libraries own a copy? 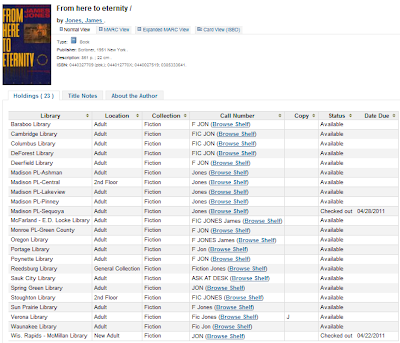 For the restored version of the book, the estate turned to Open Road Integrated Media, a company that has quickly established itself as a go-to publisher of backlist titles whose digital rights are owned by authors or their estates. Open Road has published backlist books by William Styron, among others, and offers a 50-50 profit share on revenues from the e-book editions.

Open Road also plans to publish nine other titles by James Jones. One, “To the End of the War,” has never been published in any form. All will be sold on Amazon.com and BN.com, as well as at other retailers, with most titles beginning May 10. 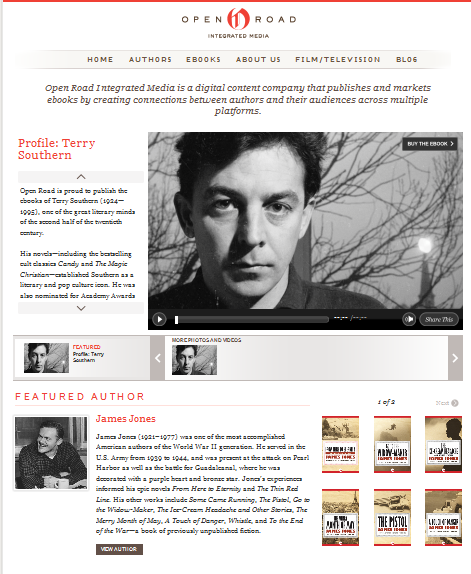 From Here to Eternity.  Seen the movie numerous times, but never on a big screen.  The book has been on my second-tier "to read" list for more than 20 years. (Just placed a hold for the audiobook on the new LINKcat.)