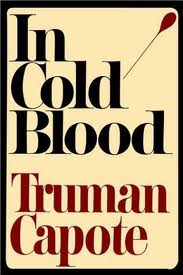 Excerpt:   The state Department of Correction is revising its library policy in the wake of an Associated Press investigation that found inmates had unrestricted access to works depicting graphic violence, a lawmaker said Wednesday.

Sen. John Kissel, R-Enfield, said he met with Correction Commissioner Leo Arnone for an hour Friday after learning that books such as Truman Capote's "In Cold Blood," a literary classic about a 1959 killing in Kansas, were among the department's library holdings.

"When I mentioned 'In Cold Blood' to him, he said it was a disgusting book," Kissel said. "I think he's aware of my concerns and he shares them."

Kissel, whose district includes six state prisons housing more than 8,000 inmates, had called for the removal of all books containing violent content from prison library shelves. He said Arnone has agreed to craft a detailed library policy after reviewing how the issue is handled by the Federal Bureau of Prisons. The senator said he was told the department wants to address safety concerns while also guarding against potential lawsuits from prisoners.