Nate Anderson on the Fear and Loathing of Technological Innovations 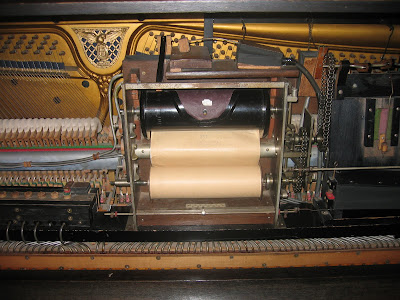 Excerpt: It's almost a truism in the tech world that copyright owners reflexively oppose new inventions that do (or might) disrupt existing business models. But how many techies actually know what rightsholders have said and written for the last hundred years on the subject?

The anxious rhetoric around new technology is really quite shocking in its vehemence, from claims that the player piano will destroy musical taste and the "national throat" to concerns that the VCR is like the "Boston strangler" to claims that only Hollywood's premier content could make the DTV transition a success. Most of it turned out to be absurd hyperbole, but it's interesting to see just how consistent the words and the fears remain across more than a century of innovation and a host of very different devices.

So here they are, in their own words—the copyright holders who demanded restrictions on player pianos, photocopiers, VCRs, home taping, DAT, MP3 players, Napster, the DVR, digital radio, and digital TV.
Posted by Retiring Guy at 6:49 AM