Trump's America gets left behind in economic recovery 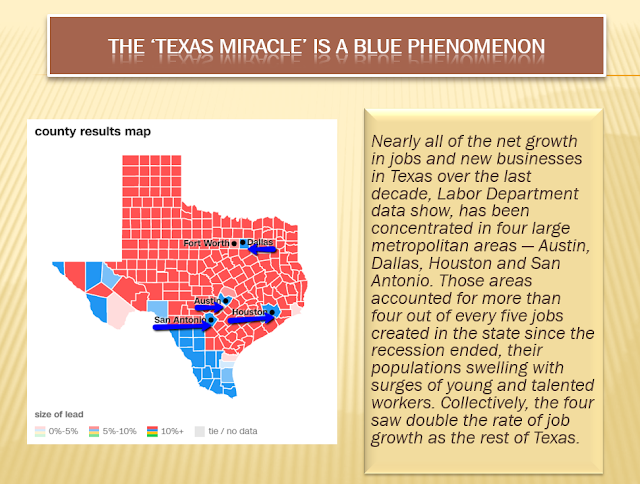 Related reading:
Left Behind by Trump’s Boom: The Rural Americans Who Elected Him.  (Bloomberg, 11/28/2018)


Times are tough all across rural America. Nationwide numbers paint a rosy picture of accelerating growth and near-full employment. Swaths of the countryside tell a different story, its protagonists barely scraping by as their jobs drain away in the downturns and don’t come back in the booms.

The economic divide maps onto a political one, which only deepened in this month’s midterm elections. President Donald Trump claims credit for a vibrant economy. Yet it’s in the least-vibrant rural areas that his Republicans picked up support -- the same trend that helped Trump get elected two years ago. Cities and suburbs, where the recovery is palpable, swung toward the Democrats.