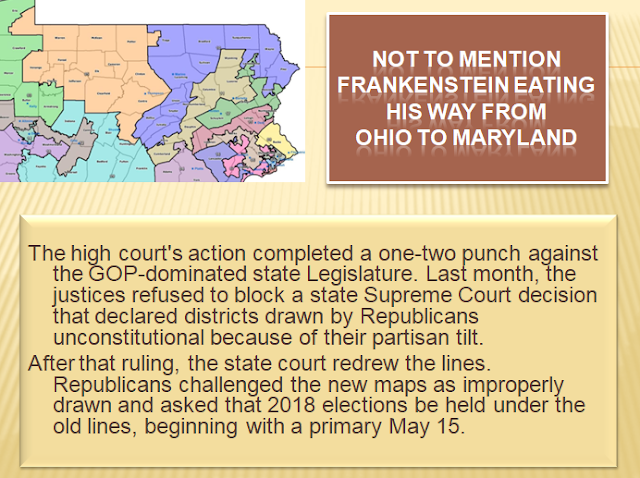 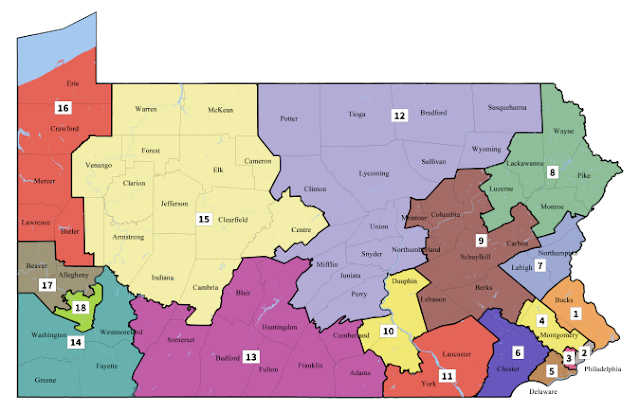 
The Art of the Pennsylvania Gerrymander 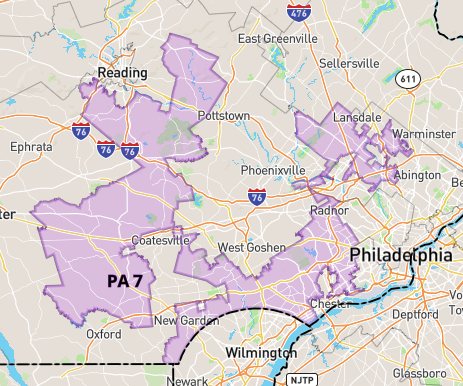 In a Comically Drawn Pennsylvania District, the Voters Are Not Amused.  (The New York Times, 1/26/2018)


Residents of the Seventh tell tales of confusion among next-door neighbors who have different House representatives. Rather than keep communities intact and follow natural borders, the district slices and dices pieces of five counties and 26 municipalities, and tosses them together in a crazy salad.

What the mapmakers were trying to do was to link up enough pockets of conservative voters to ensure that a Republican would keep the seat, no matter the insult to geography or common sense. 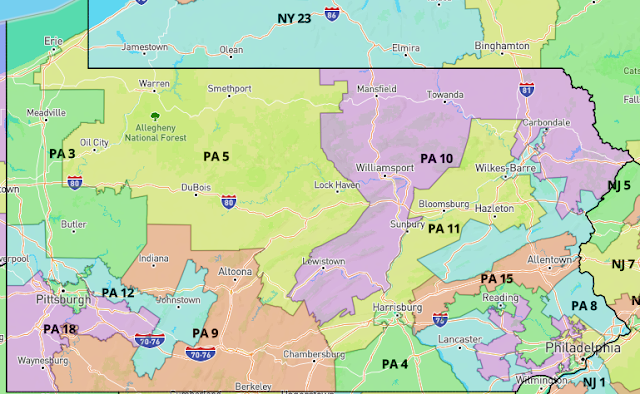 
The court said the boundaries "clearly, plainly and palpably" violate the state's constitution, and blocked it from remaining in effect for the 2018 elections. The deadline to file paperwork to run in primaries for the state's congressional seats is March 6.  [emphasis added]