Trump:  Still campaigning.  The global confusion that has since erupted is the story of a White House that rushed to enact, with little regard for basic governing, a core campaign promise that Mr. Trump made to his most fervent supporters. In his first week in office, Mr. Trump signed other executive actions with little or no legal review, but his order barring refugees has had the most explosive implications.

Perhaps this proivdes with a better understanding of Trump's multiple bankruptcies.  The Trump administration, facing criticism over the executive order's implementation, on Saturday it would have been "reckless" to give details to government agencies and airports more broadly in advance of launching the security measures, which it says aimed to prevent attacks from foreign groups.

An Iranian woman blocked from boarding at Tehran airport on Sunday said she had waited 14 years for her green card, which was recently approved only for her hopes to be dashed

But as the day progressed, administration officials confirmed that the sweeping order also targeted U.S. legal residents from the named countries — green-card holders — who were abroad when it was signed. Also subject to being barred entry into the United States are dual nationals, or people born in one of the seven countries who hold passports even from U.S. allies, such as the United Kingdom. 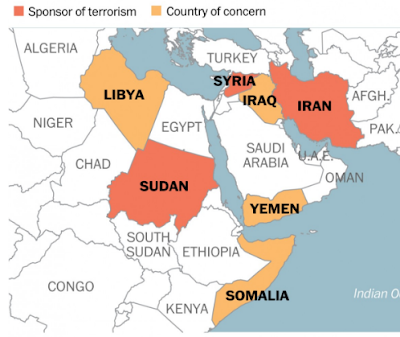