JoAnna, Eddie, and I took a bus tour today.  The itinerary included Siena, San Gimignano, Pisa, and an organic farm where we were served lunch, with a different locally-produced wine provided with each course, at which point the 40 passengers became close friends.

Ironically, doing a bus tour was Eddie's idea.  I thought we might end up spending the day with a bunch of geezers.  Not the case at all.  (Yes, I'm well aware of the adage about living in a glass house.) 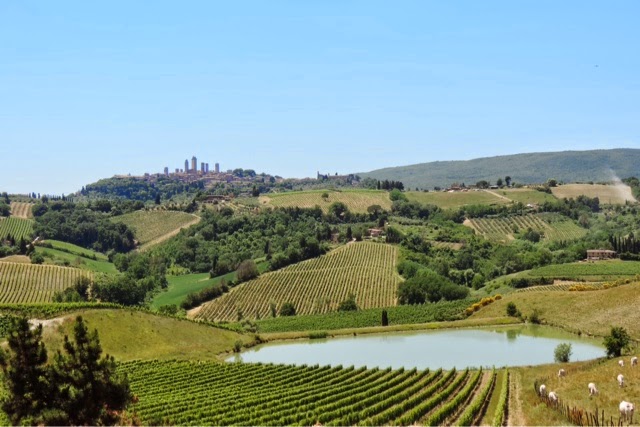 San Gimignano is one of the best examples of the preservation of a walled medieval town.  Nevertheless, it has something of a Disney atmosphere to it.  The narrow main streets and town square are lined with restaurants, gelaterias, specialty stores, and souvenir shops.  The town clearly caters to bus tour groups, I.e., the restaurants aren't that busy, but the gelato places are mobbed.

The area was first settled in the 3rd century B.C.  Starting around the 5th century A.D., it became a "rest stop" for pilgrims traveling to Rome.  San Gimignano flourished until the Black Plague killed more than half of its residents, many of whom lived in the 72 tower houses that had been constructed there.

The views from the top of one of the 15 or so remaining tower houses, the Great Tower, are breath-taking. 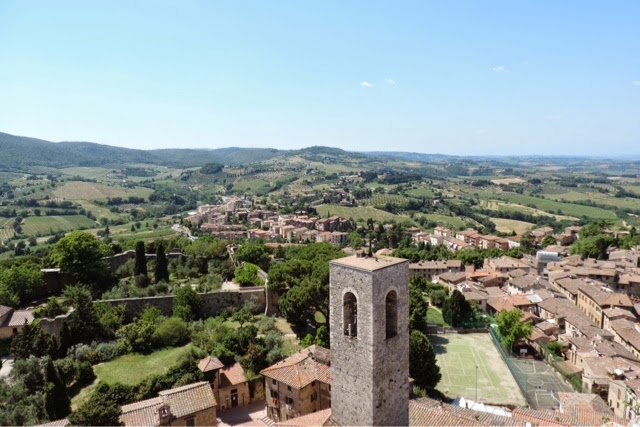 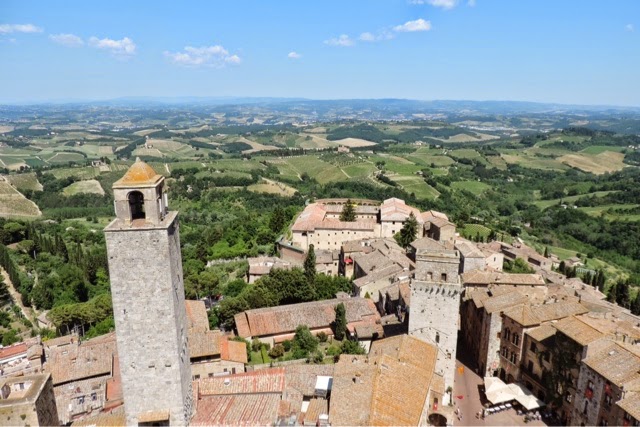 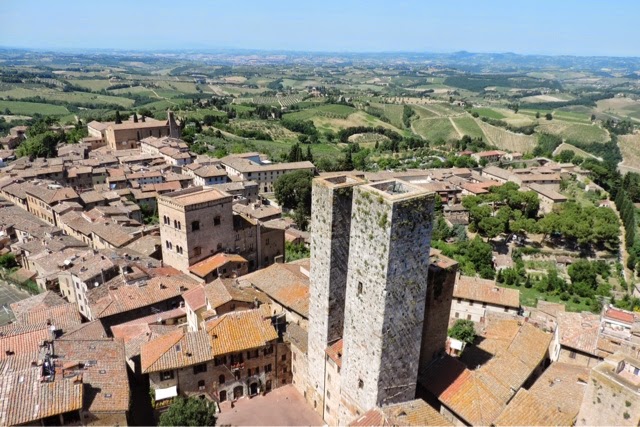 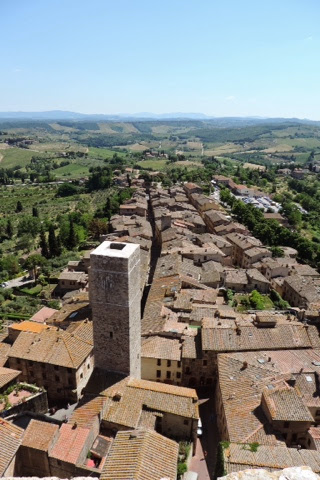