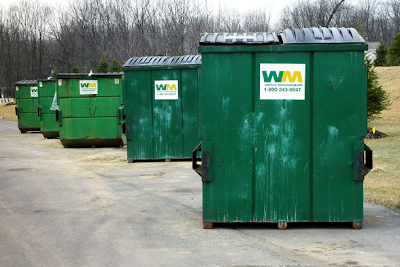 Still need to round up 2 more
Link to August 6 Philadelphia Inquirer article, "Camden preparing to close its library system".

Excerpt: Camden is preparing to permanently shut its library system by the end of the year, potentially leaving residents of the impoverished city among the few in the United States unable to borrow a library book free.

At an emotional but sparsely attended meeting of the library board Thursday, its president, Martin McKernan, said the city's three libraries cannot stay open past Dec. 31 because of severe budget cuts by Mayor Dana L. Redd.

"It's extraordinary, it's appalling," McKernan said.

All materials in the libraries would be donated, auctioned, stored, or destroyed. That includes 187,000 books, historical documents, artifacts, and electronic equipment. Keeping materials in the shuttered buildings is a fire hazard, officials said, and would make them vulnerable to vandalism and vermin.

Redd is facing a $28 million projected deficit stemming from reductions in state aid and a long-standing lack of taxable property. She is planning deep cuts in all departments, and she told McKernan last month that she would slash funding to the 105-year-old library system by about two-thirds.

"They don't want to see our children grasp a future, but go down the toilet," said Jean Kehner, who described herself as a Camden resident for 76 years.

Even closing the libraries would be a pricey proposition. The libraries contain historically valuable materials, including phone books dating to the 1880s and newspapers on microfilm from the 1870s. If the library board chooses to save the microfilm, it would cost as much as $11,000 a year. And if the library cannot find a donor for all of its books, it is considering renting seven Dumpsters for $6,230.

Is this the beginning of a trend we'll see in America's poorest cities? 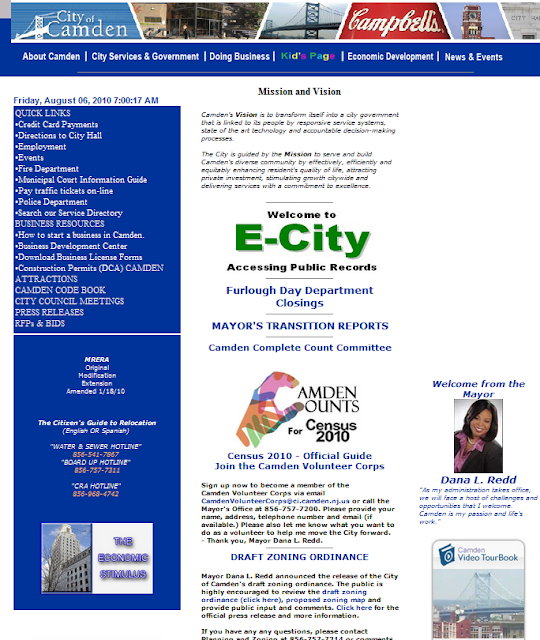 Link to Camden's Sacred Heart Church website.   [Camden] grew to a population of 120,000 but in the last 50 years it has declined to its present level, which is about 66 percent of what it was. Of all the Camdens, it is the poorest today and very likely, it is now the poorest city in the United States. This is an astonishing reality, because Camden in its heyday, was a little industrial giant, manufacturing everything from battleships to toilet seats. Brand names like Campbell Soup and the records and victrolas of the Victor Talking Machine Company made the name Camden famous the world over.
Posted by Retiring Guy at 6:49 AM