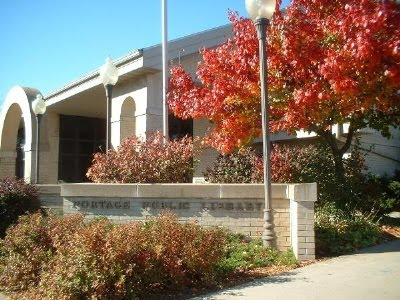 Excerpt: With the idea of a possible 6,000-square-foot expansion to the Portage Public Library in the background, library board members Tuesday discussed a $26,000 problem with the existing building's sprinkler system and heard of a flood in the library's adjacent rental house.

A sprinkler system leak noticed the day before Thanksgiving could have put 8 inches of water throughout the 15-year-old building. Repair work, marked by scaffolding inside the checkout area, had been projected to cost $5,800. In February, however, a worker's screwdriver fell through a pipe; it had been corroded, library Director Shannon Stiller told the board.

Stiller said the actual cost might be somewhat below that number. It will cover the installation of 380 feet of galvanized pipe, a new air compressor and more. The board approved the expenditure in a special meeting Feb. 19.

"It's moving along," Stiller said of the work. "They expect to be done by Friday."

The work was to be paid for with money carried over from 2009; in part because the library went for months without a director, it had about $47,000 of unspent money last year. The Common Council was to review the purchase this month.

Next, Stiller turned to the status of the rental house adjacent to the library building. An addition to the building probably would be built on the house's lot at 263 W. Edgewater St., while the house itself would be moved or razed.

"On to more bad news," Stiller said. "The pipes in the house burst in February."
Posted by Retiring Guy at 10:44 AM