A good night for Democrats in Georgia special elections (part 1)


Democrats had not run a candidate in the 117th House District in (at least) the previous 4 election cycles (i,.e., including 2010). 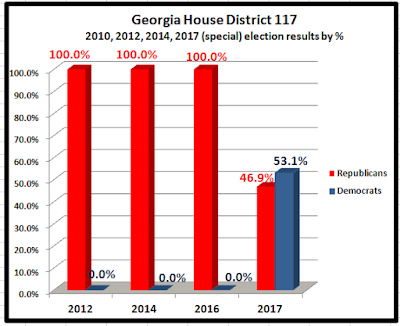 The art of the Georgia gerrymander 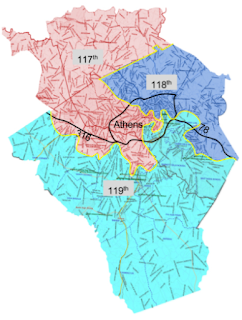 
Whether you are registered to vote or not, the Supreme Court has made it clear that your voice matters. Considering that polls show an almost equal split between those that identify as either a Democrat or Republican in Georgia, we would expect to see roughly equal representation of the parties in our local legislature. The reality is vastly different. Despite less than a 4 percent gap between Republican and Democrat party affiliation in the state, Republicans outnumber Democrats almost 2 to 1 in the state legislature. Additionally, the number of districts that Republicans control across the state (both Senate and House) has significantly increased from 2009 to 2016.