UPDATE. He makes it sound so easy! 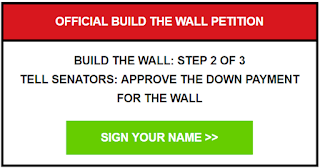 
According to the report, some GOP lawmakers raised concerns about whether the wall is too focused on a physical barrier, rather than funding other high-tech solutions that could prove to be more effective.

“The solution must be a dynamic, multifaceted one,” Rep. Steve Pearce (R-N.M.) told the publication. 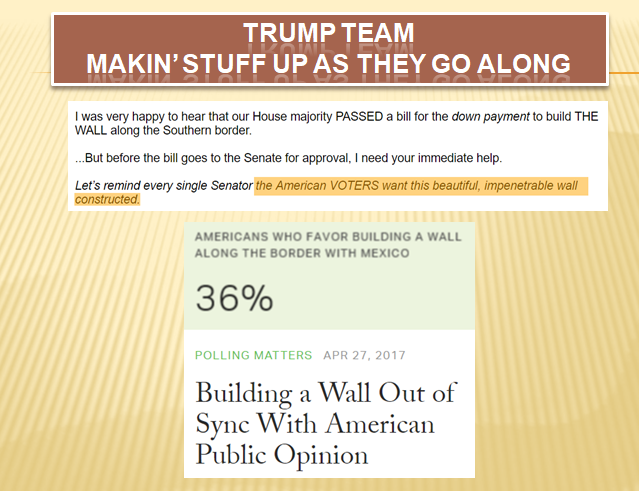 
Excerpt from the Gallup article.  We most recently included the concept of building a wall in a list of 15 different actions that Trump could take or has already taken. The precise wording was "begin the construction of a wall between the U.S. and Mexico." The idea received 36% agreement and 56% disagreement, putting it dead last on the list based on net agreement.  [emphasis added]


The guy doesn't have a leg to stand on. 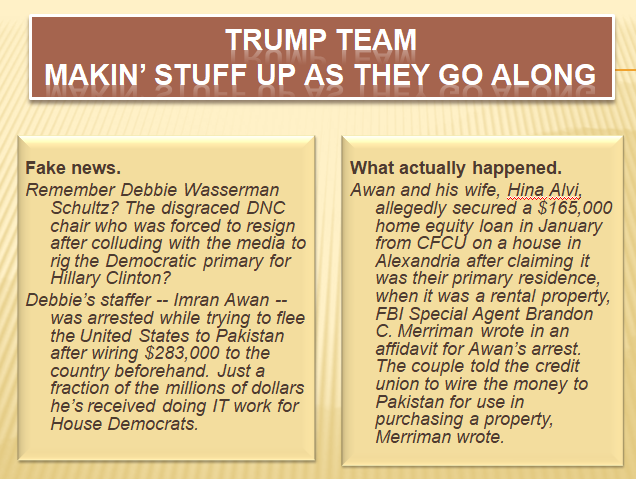 Fake news is the from the usual eyeroll of an email blast from Trump's minions.