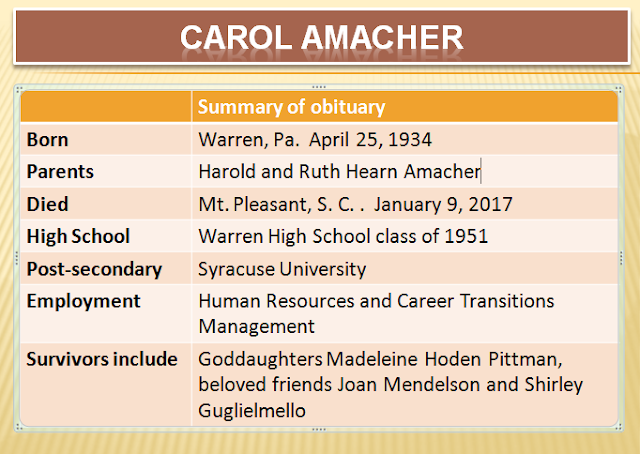 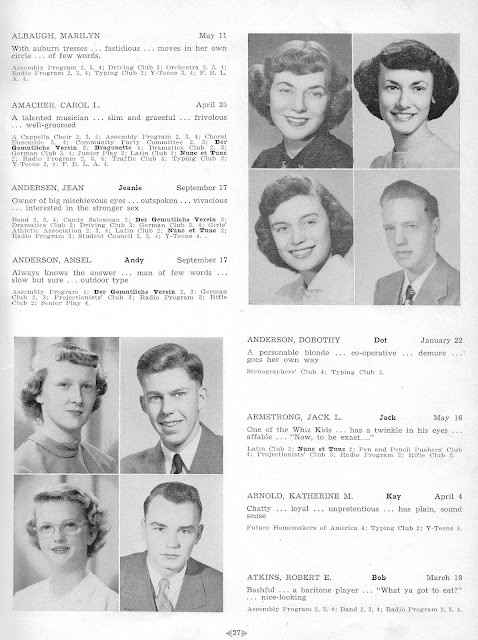 The popularity of 'Carol' as a baby name is graphed here.  Let's look at 'Madeleine'. 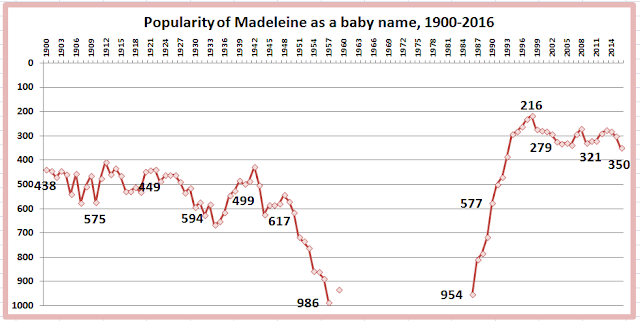 'Madeleine' experienced a journey of peaks and valleys during the 1st half of the 20th century, then stumbled out of sight by 1960.  She reappeared in 1986 and within a few years looked as though she was really going places, but after peaking at #219 in 1998, she's now back in peaks-and-valleys mode.