As the U.S. Supreme Court debates free insurance coverage for contraception to female workers (Justices Seem Split in Case on Birth Control Mandate, The New York Times, 3/23/2016), it's time to take a look at where GOP members of the U.S. House of Representatives stand on the issue. 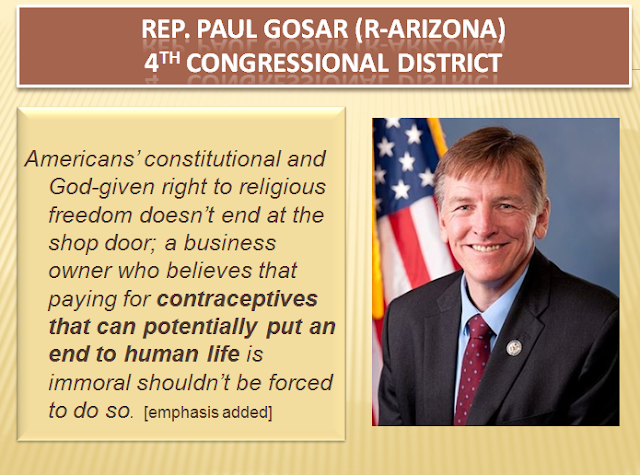 
According to Guttmacher’s most recent data, the unintended pregnancy rate for women living below the poverty level is more than five times as high than the rate for the women in the highest income level.


Access to reproductive care is central to equality between the sexes. By requiring employers’ health plans to provide contraceptive coverage, the Affordable Care Act represents an important legislative link between sex equality and reproductive rights. Before it was passed, women were paying more for health care than men largely because of the cost of reproductive health coverage.