Paul Ryan takes a pass on Trump bashing, will keep his powder dry 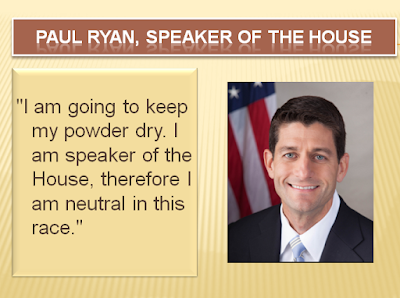 According to the noted lexicographer William Safire, we should expect to hear more from Ryan on the subject. In addition, Ryan plans to keep his mind on his driving and his hands on the wheel, while Trump fools around in the back seat.   Those 7 little girls are especially enamored of him after last night's debate.