This gadget first came to my attention over a year ago.

My bottom line back then:  Sounds as though there are much better ways to spend $130.

Today's question:  Am I still of the same opinion?

Rabbi Jason Miller is certainly a big fan, as he shares in his 2/3/2016 HuffPost Tech overview, The Best Tech Gadgets at CES 2016.


How did no one think of this before? I saw a huge crowd gathered around a booth at CES and figured it must be a celebrity. No one famous was there, but I did see a Roomba-looking device loudly traveling around the grates of a barbecue grill.

He concludes his brief review with an exclamatory I love it!

As for me, I'm more in line with a sentiment expressed in a 2-star Amazon review:


In the first place, if you need a machine to clean your BBQ grill you've got other problems (in my opinion).

Speaking of which, you'd think there'd be more than 96 reviews by now. 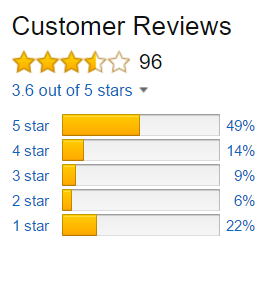 Bottom line this time around:  You can still count me out.