Meet Some Jersey Democrats Who Enjoy the Slop from Christie's Trough 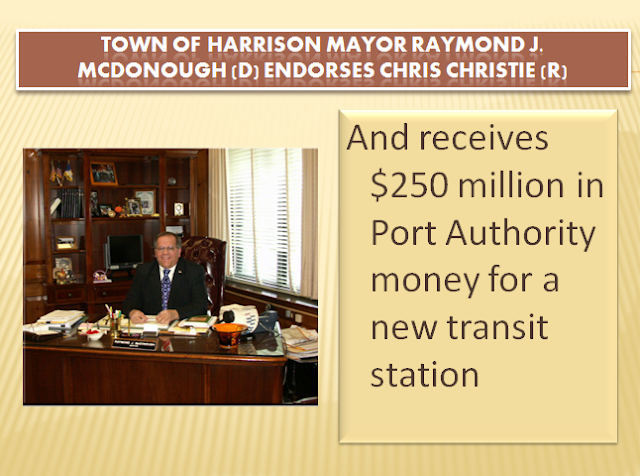 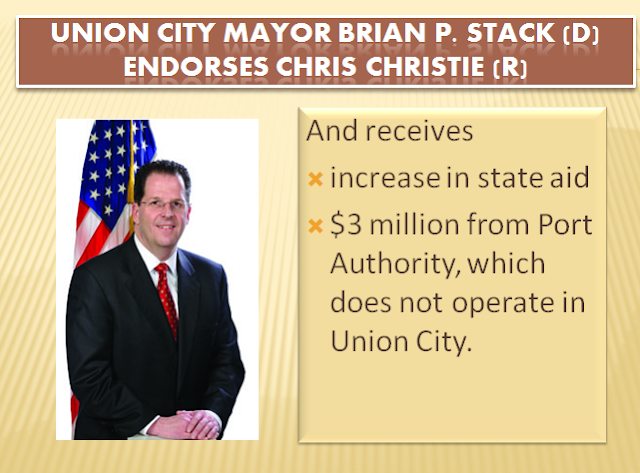 But here's what happens when you refuse. 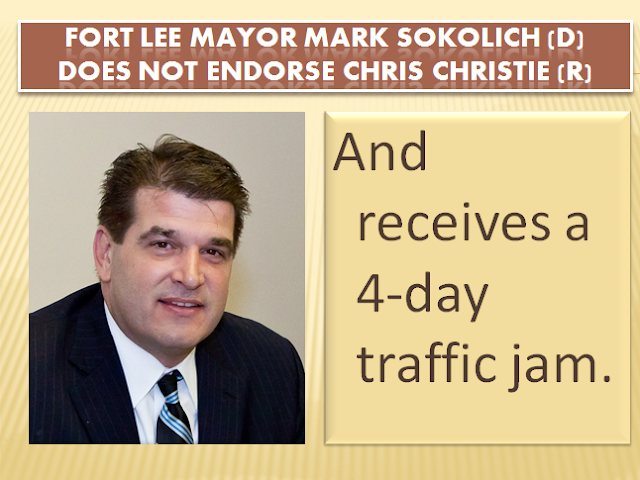 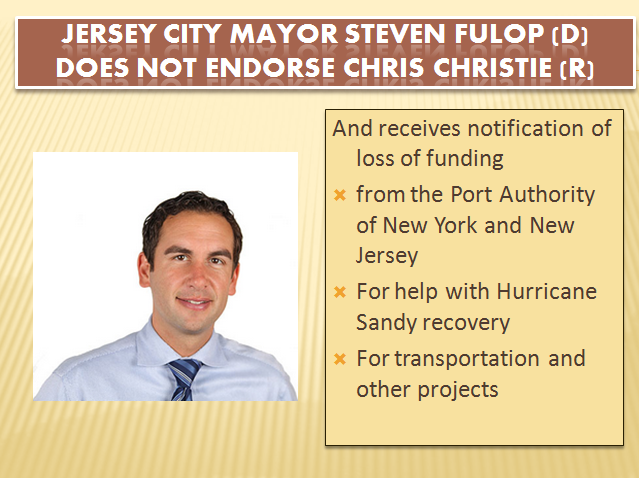 The pattern, as the Times article points out, is clear.   Throughout his four years as governor, and particularly in his re-election campaign last year, Mr. Christie has worked his powers of government as an arm of his political operation, awarding favors to those who rewarded his political ambitions and punishing those who got in his way. A system of give and take has always been part of American politics, but the documents from Jersey City, obtained through a Freedom of Information request, demonstrate Mr. Christie’s particularly aggressive embrace of it.