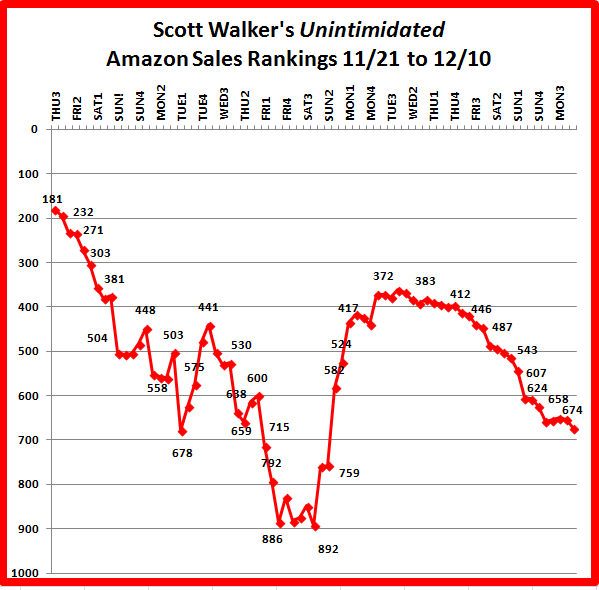 The post-Thanksgiving rally, when the book started to rebound from a ranking of 892, can probably be attributed to an ill-advised Amazon-bombing campaign of 1-star reviews.   In response, Walker's supporters launched a 5-star campaign of their own, cranking out 290 "rave" reviews in 3 days (December 2-4), which certainly must have generated a burst of sales.

It would have been better to allow the book to pass away quietly, on its own sinking lack of merit.

As for the reviews, well, it's been very quiet on this front for nearly a week now.  The bombing missions are apparently at an end. 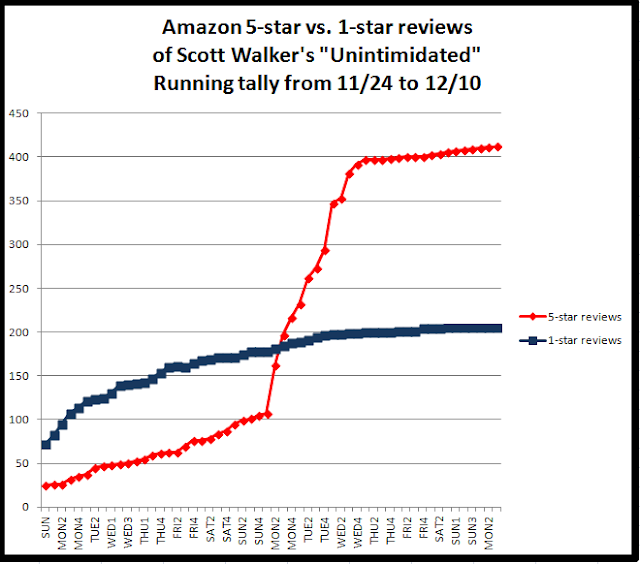