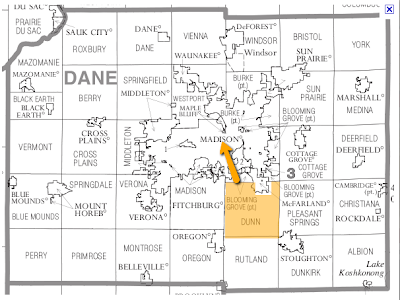 Excerpt: Dunn was feeling a bit behind the times. Board chairman Ed Minihan said he saw areas in other states, not near a larger city like Madison, with access to high-speed Internet.

“There are places in northern Michigan that have had it for years,” he said. “But it just never seemed to happen here. It’s been difficult.”

Township employee Ben Kollenbroich, administered a group of residents to help close the technology gap between Dunn and other like-sized communities with high-speed Internet. Beginning in January, Kollenbroich and others began contacting Internet service providers and telephone companies.

“We made several calls and were able to pressure some of the companies into providing service,” Minihan said.

Last week, Kollenbroich was contacted by Internet service provider Frontier, which reported it began providing service for some Dunn residents. Frontier, which uses Verizon telephone lines, continues its efforts to expand the service area.
Posted by Retiring Guy at 11:45 AM