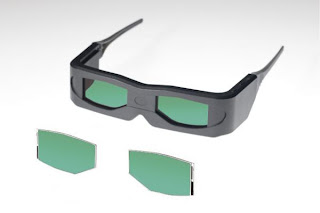 Excerpt: TVs capable of 3D were one of the hot topics at the Consumer Electronics Show this year, and many started shipping in the spring. Panasonic, Sony, Samsung, LG, Vizio, and Toshiba have each released or announced they'd make 3D TVs for sale by the end of this year. Naturally these TVs cost more than a regular HDTV and for people who are not entirely convinced 3D is necessary, that's a problem. It's one of the biggest barriers for people buying, said Abary.

"We're trying to see the premium decreased. We'll be introducing our 3D technology in more mainstream price points by our 2011 launch, which is next spring," he told the conference attendees.

One of the other barriers for potential buyers who might be interested is not only that they have to use special stereoscopic glasses to watch 3D at home, but the cost. Though some sets come with two pairs free, most homes have more people who watch television than that, and the average price to buy an extra pair is around $150.
Posted by Retiring Guy at 8:39 PM